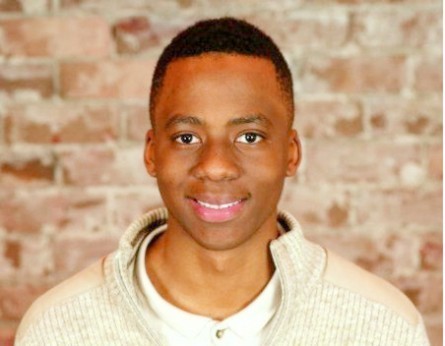 20-year-old entrepreneur from Brisbane will represent Australia at the Global Student Entrepreneur Awards in Washington.

The international competition will see Nkosana Mafico, a bachelor of business student at the University of Queensland, travel to the US in April to battle it out as the student entrepreneur with the best business idea.

Mafico told Private Media he never expected to win the Australian qualifying round due to fierce competition.

“It was quite an intense process – I had to go down to the PwC offices in Sydney and from memory there were four other finalists from around Australia,” he says.

“I was quite surprised [to win]. I was fairly confident that the other contestants were fairly strong. I didn’t comprehend what happened… a few days later it hit me.”

Mafico’s is the chief executive and co-founder of a startup called Funetics, which aims to make it as easy and fun as possible to learn English as a second language.

“Our mission is to ensure every household, school and workplace speaks English confidently,” he says.

“We’ve built a digital pronunciation platform with technology that is embeddable into any digital tech.”

Mafico says he is passionate about literacy because he was born in Zimbabwe and moved to Brisbane 12 years ago.

“I learnt English at a very young age, fortunately – my move to Brisbane was quite seamless. I was able to make friends and speak in front of class. But what I’ve seen is that other people I know who didn’t pick it up at a young age struggle.”

“I’ve seen what English can do, and if you can speak English well then the world is your oyster.”

At the moment, the startup is focusing on finding the right market fit while taking part in the Muru-d accelerator program.

“We have a couple of apps in the Google play store and we’re running a speak English with confidence competition,” Mafico says.

“Our plan is to be in China in the next month to build our software and product in some schools over there. Our goal in the next three months is to run a competition in one of the major Chinese cities – we’re trialling it here in Australia first.”

The 2015 Global Student Entrepreneur Award Finals will run from 15-17 April this year in Washington DC.