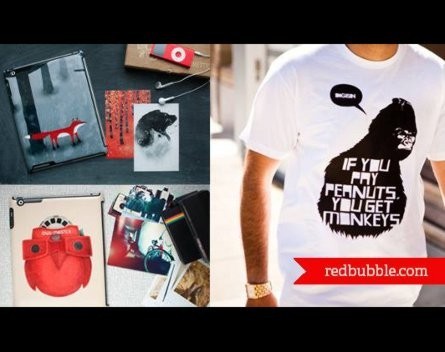 Product development has become a core focus for the team at online art marketplace Redbubble and led them to a major pivot that has been critical to their success so far.

Chief technology officer Paul Coia will be speaking at this week’s Products are Hard conference. He told StartupSmart they believe product development and management are fundamental skills for any sustainable start-up.

“Our product development process has seen a revolution, rather than an evolution. At Redbubble we’re trying to make product management one of our core competencies. It’s an integral part of how we work, not just something a couple of people do,” Coia says.

Launched in 2006 as a community hub for independent artists and creatives, the founding team of Redbubble saw the commercial transactions as a natural by-product of the networking.

But in 2010, while analysing their data and discussing their future plans, they realised they were creating a very different kind of market and demand, and iterated their site to match their users.

“We looked at the data and realised the overlap between the artists and buyers was almost zero. We were a hub, but really we were a fulfilment marketplace for micro-brands. We started tailoring the product to designers with ideas of an identity and brand, and representing that to the buyer,” Coia says.

He says this shift coincided with increased conversations and literacy around product development. They’ve been developing their internal capacity for product collaboration ever since.

“The first step was making collaboration our number one priority. We did this by making sure everyone’s objectives and incentives such as career progression and recognition are aligned around the products.”

Coia says the aligned objectives are key to successfully collaborative teams and means there is greater sharing of ideas across teams.

“As a company we’ve always been very open to saying we don’t know the right answer and we need to stay in tune with what’s going on out there,” Coia says. “In last few years we’ve seen the iteration-focused lean start-up movement go from nothing to really strong, and we want to make sure we’re riding that wave and actually applying it every day.”