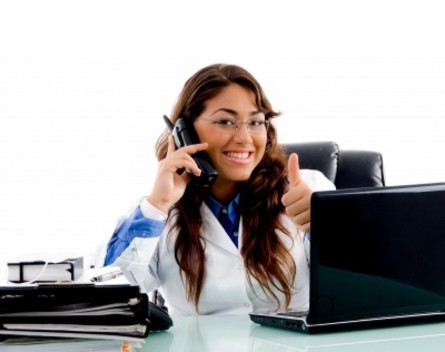 New research has identified which sectors new businesses are most likely to survive in, with healthcare and social assistance sector receiving the best report card.

McCrindle also identifies the sectors in which start-ups are least likely to survive: administrative support services (44.2% over four years), public administration and safety (44.5%), and transport, postal and warehousing (46.5%).

“For many Australians, the entrepreneurial dream is still alive, but as demonstrated by the survival rates of new businesses, without better support only a minority will achieve success,” the McCrindle report says.

It says of all the new businesses started four years ago, almost half are no longer operating.

It finds Tasmania has the highest rate of start-up success at 56%, and the Northern Territory has the lowest at 49.7%.

The report also finds that those who do not employ staff – currently two-thirds (66.7%) of start-ups – are also the most likely to fail.

It says trusts are the most likely start-up legal entity to survive (64.9% survival rate), followed by private companies (54.5%), public companies (52.4%) and partnerships (52.2%). Sole proprietors have a significantly lower chance of survival, at just 40.9%.

Providing a snapshot of business in Australia, the report says small businesses make up the majority of the 2.14 million actively-trading registered businesses. Three in five Australian businesses are sole traders and don’t employ any staff, and only one in ten businesses employ more than 20 workers.

The report linked the survival of businesses currently in operation to turnover.

Despite the growth in franchises, 97% of businesses are independently operated.

The overall number of businesses in Australia has grown by 3.4% in the last four years, but two in five new businesses started four years ago no longer exist.

The report found the number of businesses in the mining sector grew by 2.6% in the last year while the healthcare and social assistance grew by 3.1%.

Construction continues to be a strong sector, with construction companies making up one in every six Australian businesses.

Thousands of Australian start-ups have launched in the last few years.

In the 2011-12 financial year there were almost 33,000 start-ups in the professional, scientific and technical services industry, 47,317 new construction businesses, 21,301 new financial and insurance services businesses, and 20,012 new rental, hiring and real estate businesses.

Despite the ample opportunities for online growth and sales, the research found only 43% of Australian businesses have a website. The report found that only 7.5% of all business revenue was generated online, with only 28% of businesses receiving orders and sales online.

One in five companies sought business loans or equity in 2012, but only 20% of these were seeking the funds in order to expand and grow. For three out of four of these businesses, it was for a short-term cashflow boost in order to stay afloat.