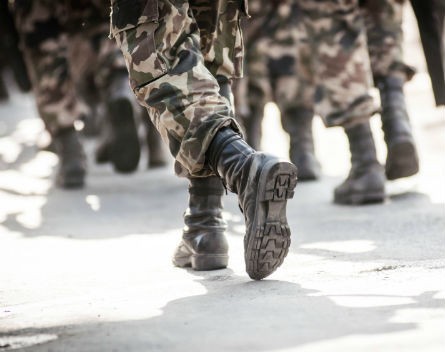 Veterans make perfect entrepreneurs and startup employees because of their work ethic and ability to adapt, according to the founder of a software company who spent six years in the army.

Matt Harris, the founder of PT Essentials, says often military veterans are overlooked because companies generally don’t think being able to jump out of a plane or work on a warship as a transferable skill.

“I think for a really long time the skills and things that a soldier picks up in their daily life were overshadowed, not thought about or not seen as a big advantage,” he told StartupSmart.

“People always had respect for military service, but they never quite realised the problem-solving skills, leadership or general activities we take for granted when we’re in there – there are long hours and failure being not an option. You’re not getting taught how to do one thing in the military; instead they’re teaching you how to learn quickly.”

Harris says if hadn’t served he probably would have given up on his startup long ago.

“With startups that comes with the territory, but in particular my background allowed me to work at an extremely high level for a long time.”

Veterans and people who have worked in the army also often have a range of specific skills that align themselves with startups – for example, experience in engineering or IT.

“The military is its own world or country in and of itself and they have members in there with a range of skillsets,” Harris says.

“You may have people in there with a trade or they may have done admin or support and that has a bit more of a clearer pathway moving from one job to another… but just the general determination and ability to work at a higher level increases their general skillset.”

PT Essentials was founded in 2012, and since then Harris has gone on to score investment from Sydney accelerator Blue Chilli as well as a NSW innovation grant.

The startup specialises in software for personal trainers and fitness professionals to help them run their everyday business.

“We help them bridge the gap between a great personal trainer and having a rapport with their client, and easily managing the admin and communication.”