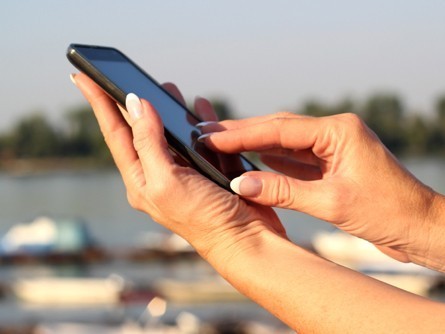 In just two days, Marco Arment’s app had flown to the top of the App Store charts.

Then he decided to take it down.

Arment’s ad blocking app Peace proved to be an immediate hit, soaring to the top of the paid charts, but due to moral problems with the practice, he made the tough and financially detrimental decision to pull it from the store.

The ad blocking debate has been reignited this month, with Apple allowing for developers to incorporate the software with the new iOS 9 updates.

With iOS 9, apps can now be easily created that facilitate ad blocking on the Safari app and in just a week, many have sped to the top of the App Store charts.

“Ad-blocking is a kind of war with damage hitting both sides,” Arment says in a blog post explaining his decision.

“Even though I’m ‘winning’, I’ve enjoyed none of it. That’s why I’m withdrawing from the market.

“Achieving this much success with Peace just doesn’t feel good. Ad blockers come with an important asterisk: while they do benefit a ton of people in major ways, they also hurt some, including many who don’t deserve the hit.”

It’s the fact that blocking software allows for blanket bans of all ads that most worries Arment.

“Peace required that all ads be treated the same – all-or-nothing enforcement for decisions that aren’t black and white,” he says. “This approach is too blunt.”

“If we’re going to affect positive change overall, a more nuanced, complex approach is required than what I can bring in a simple iOS app.

“I don’t feel good making one and being the arbiter of what’s blocked.”

The advent of ad blocking on iPhones has poured fuel on the fire that is the debate surrounding this technology and how developers and publishers should react.

It was a big move from Apple in allowing the software, but seems like a well-thought out one for them. With no skin in the online advertising game, it’ll likely to hit Google hard and leave in-app advertising unscathed.

But it will have severe and widespread repercussions, as pointed out by Arment. It’s already something that has come to a head in terms of desktop web browsers; with ad blocking becoming a much more mainstream practice in the last few years.

According to a study conducted by Pagefair, ad blocking on desktops was responsible for $US22 million in lost revenue, with an estimated 198 million users worldwide actively blocking advertisements.

With the immediate demand for iOS ad blocking, it seems there will be very similar problems with mobile advertising.

“Publishers will have to face Apple’s decision,” D’Costa says. “This change will deny publishers advertising revenue in the tune of millions, whilst still allowing users to access their content ad-free.”

“It wouldn’t surprise me if those publishers running on tight margins and relying on advertising revenue as the sole income stream throw in the towel and call it quits.”

Power to the users

But Paul Chan, the CEO of online marketer PureProfile, says it could force advertisers to innovate and create more user-friendly ads.

“Pureprofile is an advocate of anything that allows publishers to improve advertising,” Chan says. “We believe advertising has a genuinely useful place in people’s lives, but it needs to be less intrusive and more relevant, particularly when it comes to video content.

“There should be other mechanisms that do not interrupt the content experience and provide high-value advertising interactions.”

It’s about giving users more control, perhaps to the detriment of advertisers and publishers, Chan says.

“We truly support anything that puts the user in control and gives them the settings to exercise their right to choose how they consume content, including advertising,” he says.

As well as a push to produce better ads, some websites have been publishing messages directly to users asking them to remove the ad blocker or sign up.

In a move that many are saying isn’t coincidental in the slightest; Apple also launched its new default News app with iOS 9.

Apple News will use RSS feeds to get content from publishing partners, and perhaps a new means of revenue for publishers.

It’s a debate with many technical and moral intricacies, and one that’s likely to only become fiercer in the coming months.