Riding the fintech WAIV to a $100 million valuation 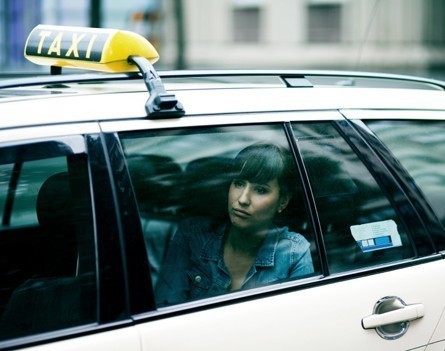 It was a problem that used to keep John Fenga up at night.

One day his daughter, who is now five years old, will be travelling the world, and what if he needed to transfer her money urgently?

“If my daughter was overseas and she was in a cab at midnight and couldn’t afford to pay, she’d have no option,” Fenga says.

“Sending funds abroad is an absolute nightmare. It costs a fortune and takes forever.”

Mainly for his own peace of mind, Fenga decided to come up with a quick and transparent solution, and WAIV emerged.

“This system we built would enable her to call me and I could transfer those funds,” he says.

“In less than four seconds she’d have clear funds to pay for the taxi.”

The idea spun into an online system for global remittance that allows customers to use a debit card to quickly transfer and receive money globally.

After securing funding from a group of Chinese investors, it’s now valued at over $US100 million.

WAIV recently closed a $US21 million funding round led by a consortium in China, in exchange for 21% of the company.

The money will be used to help the startup to rapidly expand across the globe, especially into the Chinese and Latin America markets.

“We don’t come from a banking background, so for us it was more of a strategic alliance,” Fenga says.

“It wasn’t just about the funding; it’s about people that have banking experience as well as the ability to introduce us to the Chinese market.

“They won’t just be idle investors and put money in and walk away, they’re actually quite active in promoting us to the Chinese market.”

The high valuation was on the back of a number of international contracts and projections for the next 12 months, Fenga says, but not everyone agreed on the final percentage.

WAIV is targeted at people without a formal bank account and those with insufficient access to banking services.

The World Bank estimates that over two billion adults don’t have a banking account. It’s a problem that’s much more prevalent in the developing world, where an estimated 60% of adults don’t have an account, compared to 11% in high-income economies.

According to the WAIV, it takes about 1.4 seconds for money to be transferred, and it charges a $4.95 flat fee for all transactions.

Fenga says he expects revenue to begin flowing as early as next year, with two main sources: the fees on transactions, and interchanges within the bank accounts.

WAIV already has a number of agreements and contracts across the world, and the new cash injection will help it speed up this process and expand globally.

It has an agreement with a bank in Mexico, that allows money to be transferred between there and the United States. Similar agreements are currently being developed in Chile, Colombia and Brazil and WAIV also has a distribution deal in place with China.

Australia a tough market for fintech

While the startup is based in Australia, it’ll be at least six to 12 months until its service is available locally.

“The Australian market is very difficult to break in to. The big four [banks] just don’t allow you to, and the government doesn’t lend itself to these startups that thrive in this market,” Fenga says.

“They know who’s sending the money, they just don’t know who’s receiving it,” he says.

“We know the entire process; we control it from A-to-Z. The transactions never leave our system so there’s no third party. If the government or anyone wants to do an audit, we can give them a clean audit.”

While that side of things helps make the service more appealing to governments and authorities, it’s the accessibility and openness that brings the customers on board.

“We offer a real bank account, that’s where we differ from a number of these websites,” Fenga says. “You become a WAIV member and we issue you with a bank account.”

Despite the difficulties in breaking into the Australian market and the focus on international expansion, Fenga says there was never any doubt he would remain based in Melbourne. While the head office might soon be moving to Hong Kong, he’ll be staying here with his family.

“Having a five-year-old daughter meant I was always going to be working here,” he says.

“I spend my life on planes. I’ve got a five-year-old daughter and it’s quite difficult. It’ll be 12 months of pain and then once we’re established everywhere I’ll be able to ease off.”