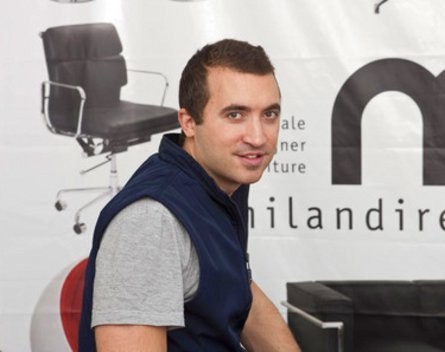 The head of online furniture retailer Milan Direct has offered some tips to start-ups looking to manufacture in China, amid reports Chinese labour is getting too expensive for many businesses.

Dean Ramler, who co-founded Milan Direct in 2007, told StartupSmart he has noticed an increase in wages and the cost of materials in China.

Milan Direct uses Chinese manufacturers to create European designs, allowing it to compete on price. However, Ramler says the benefits of doing business in China are waning.

“Our cost prices are going up every few months so we have started to manufacture elsewhere,” Ramler says.

Hong Kong-based company Lever Style, which creates more than 10 million garments a year in China, has begun moving apparel production for Japanese retailer Uniqlo to Vietnam, according to The Wall Street Journal.

Lever Style told WSJ it can no longer make money in China after a decade of annual wage increases.

Ramler says even though manufacturing in China is becoming more expensive, Milan Direct will continue to do business there.

“The majority of manufacturing we will keep in China for the time being because of the quality, and we’ve spent the last six years building relationships with manufacturers in China,” he says.

“The quality has improved every single week.”

Ramler also points out there are drawbacks to manufacturing in countries such as India.

“The time to manufacture is much slower. In China, we can have a large order started and finished within 20 days. In India, for example, it can take 60 to 70 days,” he says.

“They don’t have the infrastructure – the logistics – to get containers from the factory to the port.

“India and Vietnam are like China was 10 years ago. We know they’ll get there – that’s why we won’t rush to move all our products over there [straightaway].”

Ramler says it’s important for businesses to choose countries and regions based on their strengths, not their cost.

“We have our fibreglass company in the north of China whereas timber and metal products are in the south of China… I’m still going to go with quality over price any day of the week.”

Jewellery designer Amber Sceats told StartupSmart in March she steers clear of mainland China altogether, preferring to do business in Hong Kong and other markets.

“I now only really deal with Hong Kong factories… They’re easier to deal with and more professional,” Sceats said.

“I only actually have suppliers in Hong Kong or Thailand, and I’m going to India to look for a manufacturer or supplier.

“I did try Italy but the cost was unviable for the buyer once you added up all the costs… India is my next adventure.”