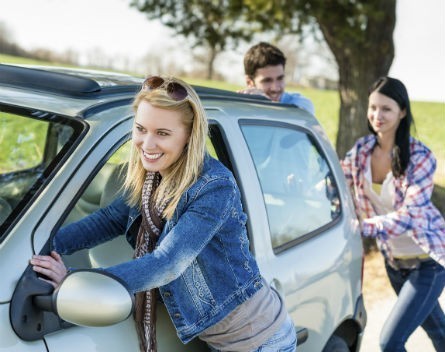 Roadside assistance startup Road Angels has pivoted after realising its original business model had to overcome significant issues to do with safety and insurance.

The startup was originally a crowdsourcing platform that allowed ordinary people to help out if a nearby person’s car had broken down.

But after snapping up more customers, the feedback from users as well as investors was that it would be too difficult to ensure that ordinary people had the appropriate accreditation and remained safe on the job.

“Quite a number of responses and feedback from customers was repeating what we’d heard earlier from investors, friends and family around safety, skills and insurance,” co-founder and chief executive Marcus Wong says.

“We didn’t have that level of understanding of the industry before we sat down with the providers.”

As a result, Wong made the decision to focus on connecting existing professionals with drivers in need of help.

That way, he knew with certainty that those using the platform for some extra money had skills that were up to scratch as well as the right insurance.

“We released that professionals exist, they have all the skills and also have the networks,” he says.

“So once we were featured in a few places, we were contacted by professional providers who have staff working 24/7 and cover large areas. So we thought it was a perfect fit. It’s about reducing service time and increasing service quality. We find the right service providers in the right areas, particularly during peak times.”

READ MORE: Four things to keep in mind when considering a pivot

The new Road Angels app is now available on iOS. At this stage, the platform caters to users in metropolitan Melbourne. However, there are plans to eventually roll it out across the country.

“We want to get a lot of the teething problems out of the way first before we consider launching nationally,” Wong says.

As for his advice for other founders considering a pivot for their business, Wong says his main piece of advice is to listen to user feedback and make the transition early on rather than later down the track.

“Take every piece of advice you get and examine it thoroughly,” he says.

“We received advice to pivot quite a few times actually, but were focused on our model. If we sat back and examined every doubt and piece of concern we would have made that decision sooner. Some of it is intuition, I suppose.”