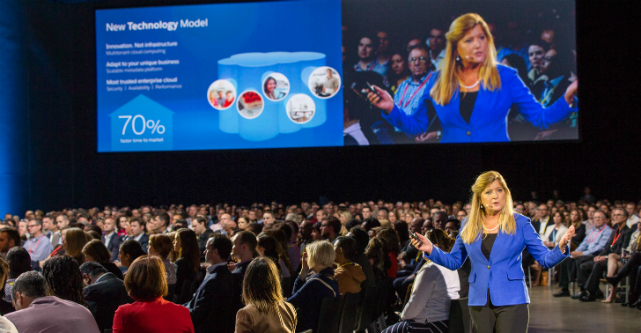 Global tech company Salesforce has joined forces with UN Women Australia to launch a roadmap that will aim to push gender diversity to the frontiers of Australia’s business sector.

The announcement comes as UN Women Australia looks to walk the talk on its He For She campaign launched by UN ambassador Emma Watson in 2014.

To shift the movement from conversation to action, Weissman and UN Women Australia have begun work with the private sector to co-create a future of gender equality.

“What can we do differently to operationalise He For She, how do we ensure that women are better represented in boardrooms, that in every meeting women and men have their voices heard?” Weissman says.

They are also looking to address how unconscious bias can be addressed at the recruitment stage.

“For us there is no company, there is no country that has achieved gender equality so we’re absolutely looking to partner with organisations have made a dedicated commitment to it,” Weissman says.

UN Women’s decision to make Salesforce its lead partner was motivated by the changes the tech company had made to close the gender gap internally, while at the same time setting an example for others to follow.

“It starts with recognition that we have some work to do,” Weissman says.

UN Women Australia and Salesforce will now be working together through a series of workshops and discussions to develop a list of key principles that can be applied by businesses across the board.

These will be released at the end of this year as a practical guide for the private sector to pursue gender equality.

Weissman says Salesforce is correcting internal gender pay gaps by reviewing its books, identifying where the disparities are and putting this on the public record.

“The first step was asking the questions and the second step was being fully transparent,” she says.

Undertaking this process helped Salesforce discover that 6% of its workforce needed to be compensated differently, Weissman says.

“They made a conscious investment of nearly $3 million to eliminate differences in [the] pay gap,” she says.

This information was shared upfront with internal and external stakeholders so the company could take a measurable and accountable approach to achieving gender equality.

“It’s something they have committed to do on an annual basis,” she says.

Often unconscious bias remains uncorrected if recruitment panels are male-dominant, leading to men recruiting those like themselves, Weissman says.

To nip the problem at the bud, Weissman asks business owners to be conscious of how diverse their recruiters or recruitment panels are.

“When looking at recruiting graduates who do you have out there speaking to engineering schools?” she says.

With disproportionately low numbers of women in STEM fields, Weissman says even thinking about job ad terminology can make a difference.

She says Salesforce has started reviewing the terminology of its ads for engineering and tech roles to ensure there is no unconscious bias.

“How do you portray your company when people look on your website?” she says.