Saying sayonara to your start-up 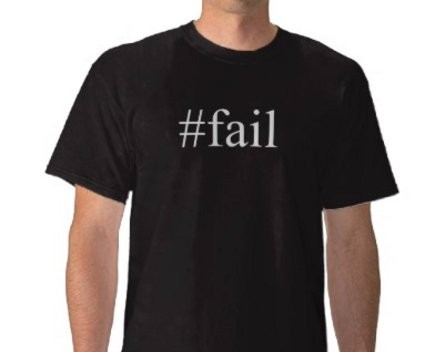 More than 300,000 businesses are started each year in Australia. Many firms collapse, of course, but it’s generally only the demise of large, recognisable brands that grab the attention. It’s easy to forget there are also start-ups closing their doors.

Just last month, StartupSmart spoke to Storyberg, which decided to call it a day not long after being accepted into Startmate.

Rather than lament over the loss, co-founder Michael Dijkstra was surprisingly positive.

“I think if we didn’t do Startmate we might have been in this situation six or 12 months later. [Startmate is] an accelerator and that’s what it does – it speeds everything up,” Dijkstra said.

“It was a great experience. The learning around the whole process of pitching, demo days, dealing with investors – you get a lot of support in that area, which is all new to us.”

For Storyberg, it was the prospect of a second pivot that prompted the start-up to fold.

“We weren’t ready to start from scratch again and do everything from day one because it’s a massive undertaking,” Dijkstra said.

Ultimately, Storyberg knew it was time to call it quits. But for other start-ups, how do you know when the writing is on the wall?

StartupSmart spoke to several entrepreneurs and experts to determine when you should walk away from your start-up.

Looking for the telltale signs

Nishant Menon, who created social event networking app Moojive, says everything came to a head at a crucial time for the business.

“We were in the middle of raising a follow-up round, but found that based on current growth and strategy the business was not viable on a long-term basis,” Menon says.

“The main deciding factors were growth and the ‘virality’ factors of the product.

“Since our offering was free, and we did notice a decent uptake from our targeted consumer base, it was not sufficient to support an ongoing investment of both time and money.

“The most important aspect of a social app is the virality – how many new leads are generated per current user?

“Even though we had the opportunity to raise more capital, we had failed to hit our targets and decided that it was time to shut down.”

Luke Watson, whose business ventures include DashLuxe and Media Cove, says start-ups need to continually ask themselves the tough questions, even when things appear to be going well.

“When you start getting negative answers to those questions, you really have to go back and say, ‘Where is this fundamentally breaking down?’ If that’s the case, look at what you have to work with,” he says.

“And say, ‘What are my realistic options here?’ Those options might be a pivot, it might be to tweak something… or it could be the wise thing to do is shut the business down.

“You just kind of have to work through all those scenarios.

“A key part of asking yourself those tough questions [means asking yourself,] every day I keep working on this, is that the best investment I could be making?”

Giving in too early

Before you declare game over, you need to think long and hard about whether there’s anything you can do to save your sinking ship.

“If something’s wrong that can be fixed, then you should look pretty seriously at fixing it,” Watson says.

“If you do need to pivot – if that’s what you determine as your path to success – how likely is that to succeed?

“I agree with the attitude that you’ve got to fail fast but you’ve also got to give it hell first… Wrestle the idea to the ground and give it everything you can.”