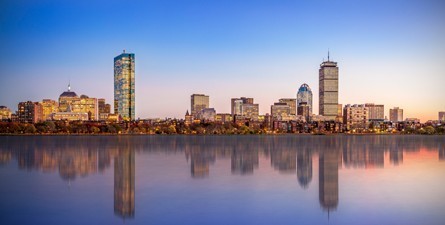 Australia has many things to learn from Boston’s innovation “secret sauce” in order transform its economy, a new Microsoft report says.

Microsoft led a delegation of Australian politicians, business leaders and members of the startup community on a tour of Boston and the wider Massachusetts area in July and has now collated the various lessons learnt into a report that’s been backed by the federal government.

Assistant minister for innovation Wyatt Roy went on the trip and says the government has taken many of the recommendations on board.

“There were certainly some lessons in how to transform to an innovation-led economy,” Roy says.

“In Boston there is a real effort around culture, capital, talent, collaboration and government leading by example.

“It’s now a matter of getting the policy settings and culture right in order to encourage entrepreneurial spirit and connecting of various parts of the innovation ecosystem.”

The report shows that Boston has transformed its economy since the 2008 recession and combated the decline of its manufacturing sector with a growth in technology. The amount of tech jobs in the area nearly doubled from 2010 to 2013, and the sector generates around $US160 billion annually.

It’s also of a similar size to Melbourne or Sydney, and the Microsoft report picks out a number of key lessons from Boston that can be applied in the Australian cities.

1. The government should take a hands-off approach

Much of the success of the Boston tech ecosystem has been done to the city and state government’s approach, the report says.

“Political leaders at the state and city level have typically worked to create the right conditions for innovation rather than dictating that universities or businesses focus on specific areas for research or business development,” it says.

Politicians have moved to cut red tape, promote tech as a career and facilitated meetings with stakeholders, but haven’t intruded.

“What we’re trying to do is empower others,” the commonwealth of Massachusetts secretary of economic development Jay Ash told the Australian delegation.

“We don’t believe the government needs to do everything. It needs to be a convener and a collaborator and, at times, it needs to be an instigator, so that’s what we’re working on.”

A big lesson Roy took from the trip was that shaping a new innovation-based economy is all about a series of small steps rather than one great leap.

“A great lesson is that when we look at the reform task, we shouldn’t say, ‘how do we come up with the most comprehensive reform package?’, and try to achieve that all at once,” he says.

“Instead, we should say, ‘what can we do? What works? What can we do as soon as possible to get some runs on the board?’”

The report identifies a number of small steps that can be taken quickly to improve the ecosystem in Australia, including changing the visa system to facilitate more global entrepreneurs setting up shop Down Under, adjusting the capital-raising rules and encouraging private businesses to collaborate with public bodies.

Although technology has made the world much smaller and more interconnected, the report finds that the emphasis Boston has placed on physical space has paid dividends.

“It’s a combination of having all those elements of the ecosystem in one spot and it’s centred around the entrepreneurs first and foremost,” Microsoft director and developer of evangelism and experience Sarah Vaughan tells StartupSmart.

“It’s a place that people want to go – there’s a good working environment, social environment and housing that attracts people to that space.”

The report points to the transformation of 1000 acres of under-used industrial land into an urban innovation hub called the Boston Innovation District, which features offices, co-working spaces and housing developments. In that area alone there have been 5000 new jobs and 200 new companies since 2010.

4. Face-to-face interactions need to be fostered

A key by-product of these epicentres of innovation is that those in the industry can actually meet in person and at times by accident.

“We observed the power of collision and mixing,” Vaughan says. “An entrepreneur with an idea can meet face-to-face with a VC firm rep and from that things happen.”

“The easiest thing to do to build innovation in a city is to put all your strongest people together in one spot,” CIC founder Tim Rowe says in the report.

“It’s like when you’re lighting a fire. You don’t spread the sticks around; you put them all together in a pile.”

This is an area that Australia needs to look at closely, the report says. Although there is already established tech hubs around the country like the Australian Technology Park, CBR Innovation Network and Carlton Connect, none yet match the power and capabilities of Boston’s offerings.

“Australian decision-makers need to create areas that foster connectivity within the innovation system,” the report says.

“One of the most important catalysts for innovation is the ability for inventors, entrepreneurs, investors and others in the innovation ecosystem to regularly meet in person.”

A sign in a Boston subway station reads, “Code something that matters”.

The report says this is a motto that the local startup community has taken to heart, and is reflected in its work with charities and to build things that truly matter.

It says that while Silicon Valley may focus on “light” consumer technology innovations, Boston is focusing on “heavy” science and engineering breakthroughs and creating a stronger community during the process.

6. There needs to be a focus on education

There are 350 universities and vocational training colleges within a three-hour drive of Boston, and the Microsoft report says this is a critical aspect of its booming ecosystem.

This allows the city to “fuel a next-generation innovation-based economy” and ensure there is a long-term future to the tech industry.

The close proximity of these educational institutions also helps with public-private collaboration.

The report identifies this is a “big obstacle” in Australia currently.

7. There needs to be a clear and coherent message across the board

While debate still rages across Australia about the direction of the economy and where government money should be going, the report says that Massachusetts has united behind the innovation movement.

“One of the most striking aspects of Massachusetts is that political, business and academic leaders all agree that intellectual endeavour and technological innovation are critical to the state’s prosperity in an increasingly competitive global economy,” it says.

Shadow parliamentary secretary for startups Ed Husic, who was part of the delegation, says Australia needs to work on this.

“They’ve established that innovation is a principal purpose and they are coalescing together to drive it,” Husic says in the report.

“We do need to get serious about it and I don’t think we are. We need to build up the fire to get people moving.”

The report concludes by saying that “action is being taken” on these lessons.

“We have to have a stronger, coherent innovation vision for Australia that is led and sponsored by the government,” it says.

“It takes all parties in the innovation ecosystem to join up to ensure future economic competitiveness.”

BlueChilli founder Sebastien Eckersley-Maslin had a simpler take-out from the trip to Boston, telling the delegates: “The best thing we can do is be awesome and tell everyone about it”.