Shark Tank season one recap: All the highs and lows 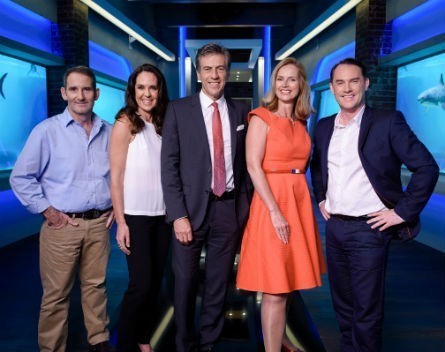 SmartCompany readers have become accustomed to the weekly dose of entrepreneurial inspiration that is Channel Ten’s Shark Tank.

But the first season of Shark Tank came to an end last week and we will have to wait quite a few months for season two when the sharks will grace our television screens again.

The sharks didn’t open their wallets on the first episode of the season – although with Simson eating dog food on national television, the tone was set for a whole host of weird and wonderful business pitches.

Now is the perfect time to re-live some of those highlights—and some of the deals that got away.

The deals that were done

One of the first successful deals done in the tank was for Hegs, a South Australian-based business that produces washing pegs with hooks to help hang additional pieces of clothing. Founder Scott Boocock secured a $380,000 deal from Naomi Simson, made up of $100,000 for 15% of the company and a $280,000 loan.

Hegs has since capitalised on the investment, sending a Qantas plane full of washing pegs to the US to meet urgent orders.

Tracy Beikoff, founder and chief executive of first aid kit the Original Rescue Swag, also scored a deal in the first few weeks of the season, convincing Steve Baxter to invest $100,000 for 40% of her business, which he topped up with a $120,000 loan.

Baxter and Janine Allis teamed up to invest in portable washing device the Scrubba Washbag, with founder Ashley Newland leaving the tank with a $240,000 deal. The sharks each took a 10% stake in the company.

The potential to tap into the lucrative US sports licensing market was what convinced Andrew Banks to invest in Bottlepops—sports themed bottle openers created by former Australian volleyball players Greg Jury and Stephen Brooks. Banks teamed up with Baxter to offer the duo a $150,000 deal for 40% of the company.

Brisbane entrepreneurs Leah James and Rebecca Glover had the sharks in tears when they pitched their childcare service for children with special needs. Their pitch won over Baxter and John McGrath, who invested a combined $80,000 for 25% of the company.

The founders of Tommy Sugo Spaghetti managed to secure a $350,000 deal from Allis at the end of March but not without some drama, with some Shark Tank viewers labelling the deal as “greedy”.

In April, entrepreneur Meray Yassa scored a $200,000 investment from John McGrath the baby showering highchair she developed with her husband Hani, Charli Chair. But Yassa told SmartCompany the deal was more about the man behind the money than the money itself.

It was McGrath turn to team up with Simson later in April, with the pair offering a $60,000 deal to Jeff Phillips, the founder of Byron Bay-based business Grown Eyewear.

Emma Lovell parted with a third of her business Flybabee for a chance to work with Janine Allis. The Boost Juice founder offered Lovell $80,000 for 35% of the company, which designs and manufactures pop-up canopies for airline bassinets and baby strollers.

Allis and Simson now own 25% each in a company that delivers underwear and socks to people’s homes every three months, after the sharks offered a deal worth $120,000 to Will Strange, co-founder of Three65 Underwear in May.

Strange later revealed what he learnt from his time in the tank.

Podiatrists Rachel Ferguson and Marie Ann Lewis created a three-way bidding way for their Synxsole orthotics but Andrew Banks triumphed with a $100,000 deal for 45% of their company.

Children’s clothing featuring indigenous artwork and a device that helps physiotherapists measure their patients’ joints were also among the businesses that impressed the judges this season, while a range of iced tea drinks scooped up a $70,000 deal with Baxter on the last episode of the season.

Appearing on the second episode of Shark Tank, Mobile Tyre Shop founder Travis Osborne seemingly walked away with a $250,000 deal from John McGrath and Steve Baxter. But within days it emerged that the deal had fallen over when it did not make it through the required due diligence process.

The largest amount of money offered by one of the sharks this year was Steve Baxter’s $2 million offer to Stan Kruss, founder of Expocentric. But Kruss turned down Baxter’s offer as it was conditional on him agreeing to list his company on the Australian Securities Exchange.

Many of the entrepreneurs who tried their luck in the Shark Tank ended up giving away more equity in their business than they originally planned, but not Dean Salakas, founder of party-supply business The Party People. Salakas was prepared to give up 10% of his business but not the 40% Janine Allis was after.

Mobilyser founder Robbie Adams did not manage to net a deal in the Shark Tank and he opened up to SmartCompany about what got cut from the show and the harsh reality of reality TV.

Similarly, Supreme Incursions co-founder Mark Pollard told us how the sharks got it wrong about his business.

Joanne Rathbone and Michael Crosts, founders of Mr Browne self-tanning products, also missed out on a deal. They told SmartCompany this month the experience was “deflating” and “humiliating”.

Pearls of wisdom from the sharks

The five sharks in season one were full of advice and wisdom for fellow business owners and they regularly shared that wisdom with SmartCompany:

Janine Allis told SmartCompany the key to success in business and life is how you think and she shared some unconventional advice for franchisors.