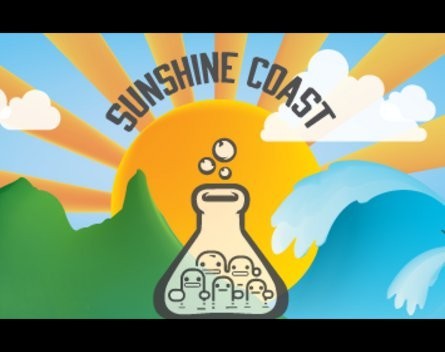 Three Queensland startups are hoping the Sunshine Coast becomes as well known for its tech scene as it is for beaches.

Splasheo’s Gideon Shalwick, Atmail’s Ben Duncan and Yvette Adams of The Creative Collective, The Training Collective and Awardshub.com say their combined success illustrates the Sunshine Coast is the perfect cradle for startups.

The trio employ 65 people, a combination of employees and contractors, and have grown their respective businesses from their Sunshine Coast base.

“We really want it to become Silicon Beach on the Sunshine Coast,’’ Adams says.

“We can work from anywhere, so why not work from somewhere beautiful.’’

Now they’re hoping to give back to the community that provides the lifestyle they love.

This weekend they are acting as mentors at the Startup Weekend Sunshine Coast event at the Innovation Centre.

Last year Adams visited Silicon Valley on a study tour thanks to the Commonwealth Bank’s ‘Women in Focus’ network and after getting a taste of that culture, she says she absolutely had to try and replicate it when she returned to the Sunshine Coast.

“I was really missing it,’’ she says, remembering fondly the amount of times she heard the term ‘disruptive industries’.

Adams thought bringing a Startup Weekend to the Sunshine Coast would be the perfect way to do just that.

“Imagine you had an idea, you would have to approach a number of companies to get quotes and it can get expensive.’’

Adams says in addition to access to experts, what was most valuable for budding entrepreneurs was the atmosphere.

When presented with such a short timeframe – the event runs for just three days from Friday to Sunday – it quickly becomes apparent an idea works, or it doesn’t, she says.

Startup Weekend has hosted over 1000 events in almost 500 cities across the globe and has helped create 8000 startups and 100,000 entrepreneurs.