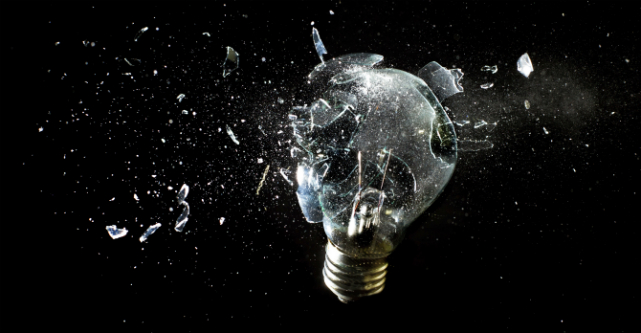 With the inescapable reality that most startups will fail, it’s encouraging that many successful entrepreneurs around the world are advocating the importance of learning from failure.

However, there are still many common mistakes investors regularly see that can be easily avoided, and doing so may just mean your startup succeeds.

1. A lack of intimacy with the problem

Far too many entrepreneurs are trying to work in a sector they don’t understand. Their ideas make sense only because they have limited information. It’s important to work in your area of expertise and training.

If they were intimately aware of  the problem and had deep industry networks and insights, they’d be able to make better decisions as to what to pursue and how best to pursue it.

2. Reading your own press

It’s easy to get media coverage as an early-stage company but do not place any value on the coverage or conflate positive coverage with reality.

The media dotes over milestones that aren’t meaningful in a company’s lifecycle. I’ve lost money and time on flawed ventures by thinking that positive coverage meant I was heading in the right direction.

A capital raising is a means only, not an end. It should be celebrated as such.

3. Focusing on profile not traction

Generally there is an inverse relationship between the volume of media attention in a company’s early stage and the company’s actual traction.

Atlassian, for example, in its early years focused on growing its client base, developing its product, and remained mostly silent in the media.

Focus on solving a real problem, one that is worth solving, and building large enduring competitive advantages, not on media.

If you are raising capital and taking meetings, your time is precious.

When meeting with a fund, ask them straight up how much committed capital they have, how much they’ve invested in the last 12 months and how much is ready to invest. If they don’t have at least five times what you’re asking either on-hand or at-call, it’s probably a waste of your time. Many venture funds in Australia take meetings with prospective entrepreneurs without capital ready to invest.

If meeting with an angel investor or high net-worth individual, ask them what a model investment looks like for them, what their perfect deal entails, what their last deal looked like and if they can’t give tangible answers then they are unlikely to invest.

The majority of angel investors in Australia do not invest regularly, nor do they invest large sums – so the chance of success is low. Start with quality investment houses like AirTree or Blackbird who will generally like to get to know you early.

People like to talk about numbers, like “Jonny raised $5 million at a $45 million valuation”. This does not mean the company is worth $45 million prior to the investment, nor that Jonny is a millionaire. It is only an implied number, worked backwards from what’s hopefully an elegant incentive system designed by sophisticated investors to encourage a team to create enterprise growth.

Valuations, and more importantly investment terms, are there to encourage positive behaviour by the management team, which is usually some vestige of the investors’ past experience.

6. Not recognising the ‘predators’

The number of predators looking to make money from entrepreneurs through various conferences, incubators, accelerators, programmes and the like is on the rise.

Whilst mostly well-intentioned these ‘predators’ can reinforce bad habits from unsuccessful people; load up early ventures with debt; stunt equity configurations with unconventional, non-performing preference stacks; and even cause emotional distraction and pain for founders.

In an early-stage venture where cash is tight, it’s critical to ensure that everyone’s incentives are aligned to the same goals, including the timeframe to liquidity and how parties make money.

Avoid scenarios in your cap table where people are making money before you do. Be wary of people who claim to know a path to success or who claim there is a short-cut, particularly when their advice requires you to buy something from them.

There is not a formula for entrepreneurship so avoid anyone who tells you there is.