Sleeping your way to the top: NapNow’s founder on why it’s important entrepreneurs get enough sleep 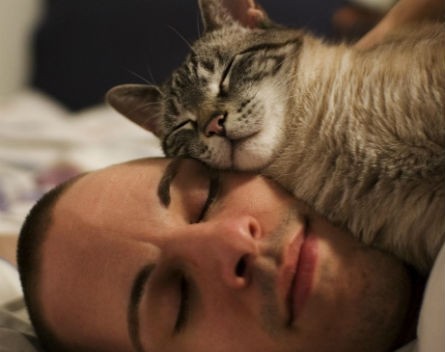 Sleep is incredibly important in keeping both physically and mentally healthy, but due to the demands of starting a business many entrepreneurs do not get enough of it.

Thea O’Connor, the founder of NapNow, wants to change that. The self-described “naptivist” wants to provide businesses with strategies to help their employees unwind, recharge and relax. O’Connor has an app in the works and she hopes to build a community of nappers via an online registry.

“Whether you’re interested in performance or a good life we need to build renewal into our day,” she told StartupSmart. “People do not feel permissioned to stop in a working day unless it’s to go get a coffee or go to the toilet.”

O’Connor says she was running her own health consultancy 10 years ago when someone introduced her to the benefits of power-napping.

“Honestly I was blown away by it,” she says. “Why aren’t more of us napping? It’s time-efficient and it’s well proven there are no side-effects. It’s perfect for our time-poor world where we love a quick fix. It’s such a great renewal energy practice that can protect your personal and professional sustainability and inoculate you against startup burnout.”

A number of studies have shown more than half of Australian workers don’t get enough sleep – that is, less than seven hours a night. And when entrepreneurs are working across time zones or juggling full-time work with their startup on the side, things can start getting pretty grim. O’Connor says this is why it’s important NapNow raises awareness around people being tired and stressed in the workplace.

“It’s really trying to disrupt that work ethic which is modelled on machines rather than biological rhythms,” she says. “And it’s dehumanising when we work like that.”

O’Connor recommends creating a “nap zone” in the office if people are finding it difficult to get away from their desk.

“All you need is a couch or yoga mat, eye mask and ear plugs,” she says. “And if you are the founder, model napping so your workers feel permission to as well. While napping isn’t a substitute for a good night’s sleep, it sure helps get you through the times when you are putting in the long hours.”

O’Connor says it’s important to remember that 10 minutes of sleep can be enough to boost your energy, concentration and mood – something that can be achieved by lying down for 20-25 minutes. However, on the flipside, it’s important not to overdo it.

“Don’t nap too long or else you’ll feel groggy afterwards,” she says. “And don’t nap too late in the day to avoid lying awake at night.”