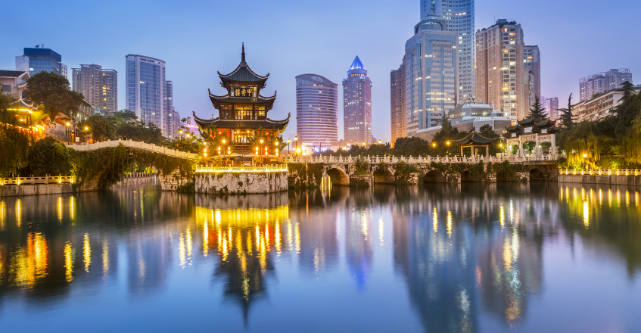 Cracking the lucrative Chinese market is a key goal for a lot of Australian entrepreneurs.

With the Chinese middle class growing by over 80,000 people per day, it’s a large and enticing market for businesses across the globe, especially as China’s middle class has proven that it has a big appetite and willingness to seek out Western products and services.

But Chinese consumers are specifically looking for products and services that are easy to find and transact with on multiple platforms. Chinese retailers recognise this – one third of the global top 20 internet companies are based in China.

For many Chinese consumers, online shopping isn’t just an electronic version of commerce – it’s the only form of commerce they engage in. China’s two biggest retailers, Alibaba and JD.com exist purely online and boast a combined revenue of over $200 billion.

This puts China’s appetite for online shopping above that of the US: Alibaba and JD.com make up 9% of total retail revenue in China compared to 4% for the US’ two biggest players, Amazon and eBay.

The largest single online marketplace is Alibaba’s Tmall. With more than 180 million customers, Tmall contains products from more than 150,000 merchants and 200,000 well-known brands. Which is great for retailers looking to enter the Chinese market – instead of investing in a physical shopfront, retailers can create exposure by paying a small commission on sales in an online marketplace, and by investing in promotion via social platforms.

In emerging economies, mobile data infrastructure is often better developed and more accessible than traditional fixed line services. The internet is primarily accessed via a mobile device, and often through a social platform, and it’s crucial for would-be entrants into the Chinese market to understand these dynamics.

Some of the biggest growth opportunities and demand pockets in China are in rural and countryside areas – which share characteristics of emerging economic patterns of internet usage. These areas are home to over 600 million people, and in addition to being underserved by traditional retailers, they are also underserved by both local and global e-tailers.

But consumers in these rural areas still use smartphones with chat and social network capabilities.

Chinese e-commerce for these consumers is increasingly driven by social engagement. Top messaging platforms are emerging as key drivers of consumer behaviour. There are no shopping carts or online forms; contacts are facilitated using mobile and popular local social messaging apps.

This phenomenon in underpinned not just by the enabling role of digital technology, but by the fact that social commerce aligns very naturally with a Chinese cultural affinity for marketplaces. China is demonstrating a remarkable appetite and propensity to run digital tech experiments for which there is as yet no equivalent western appetite.

For example, Chinese consumers are increasingly turning to a service called WeChat. As of early 2015, WeChat commanded 549 million users who spend 35% of their total time spent on mobile on the WeChat platform. Some 31% of users have made an e-commerce purchase using WeChat in 2016 – double the proportion for this time last year.

What started as a social messaging platform in 2011 now supports other media consumption, games, voice and video calls, but more interestingly, e-commerce, financial services and even the delivery of government services, like health and travel information.

WeChat isn’t the only example. Mogujie, which recently acquired similar rival Meilishuo, is driving social commerce through ‘browse, chat, pay’ and ‘like, make, sell’ functions. There are 200m users transacting a total $2 billion across social platforms that aim to create ‘shopping neighbourhoods’ – online destinations made up of thousands of micro-merchants and curated by social media.

The level of sophistication of some of these small businesses should not be underestimated. Even those without e-commerce websites are still finding ways to provide real time tracking and inventory management and fast, responsive customer service.

And it’s not the only smartphone-based payment solution; both WeBank and the Alibaba equivalent, Alipay, are used around 65 times per month per user – far exceeding the 35 times average per month per user usage for US debit or credit cards.

These companies have grown into serious players in the financial markets. ANT Financial, comprised of Alipay, Yu’e Bao and MyBank, through leveraging Alipay’s existing 450 million-plus users now manages over $150 billion in savings and money markets, and, according to Credit Suisse, manages 58% of China’s online payments.

ANT Financial is providing is also providing loans to consumers, small and medium businesses, and has diversified into provision of a credit bureau, online insurance, and as a peer-to-peer lending platform.

Australian retailers and service providers looking to get in on ‘social commerce’ in Asia must be ready to compete with equal sophistication and cultural awareness. This will require the willingness to experiment with transacting online in ways for which there is currently no local equivalent and the humility to recognise that tiny, local businesses will in some cases be ahead of them.

But those companies that engage well stand to benefit from an opportunity that is already enormous – and poised to grow much more.