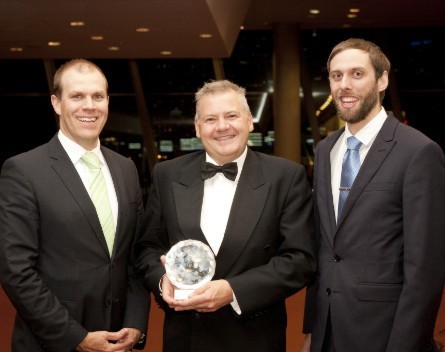 Anthony Francis, the managing director of the New Ventures Institute, Flinders University’s entrepreneurial program, has been named Best Entrepreneurial Educator of the Year at this year’s Business and Higher Education Round Table Awards.

The award was for Francis’s leading role in launching a series of initiatives at the university.

Francis told StartupSmart the university’s focus on the full ecosystem from research to commercialisation was boosted by their commitment to covering the less glamorous parts of entrepreneurialism.

“We use mistakes as a learning rather than as the end of the story. When you get down to it, entrepreneurs learn a lot more from the hard time than they do from the glory stories that the parts we don’t want to share, but make the difference,” Francis says.

He adds while organisations like his equip students with the skills to start-up, it’s the major mistakes or struggles that create entrepreneurs.

“There is a curious thing that happens in those low points about decisions. They make a decision they wouldn’t ordinarily have made, and that’s when they become an entrepreneur. Making mistakes is not all that bad; it’s something you use to make better decisions from,” Francis says.

Francis says he’s looking forward to working with Flinders University in the coming year to continue to scale their programs and impact.

“We’re trying to position entrepreneurship as a real part of the offerings at the university itself,” Francis says.

“We need to stay focused on the practical approach. A Masters in entrepreneurship that is just academic is not where we’re trying to go; it needs to include practical elements, networks and sales skills. We want people to emerge from Flinders ready to take risks.”

The Business and Higher Education Round Table group is a not-for-profit organisation fostering the connection between education facilities and the workforce.