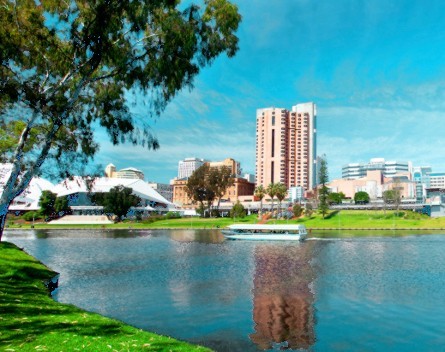 SouthStart 2015 is the second year the conference has run. Around 600 people are expected to attend, with 50 companies exhibiting their software and products.

Chhai Thach, event founder and the director of Majoran Distillery, told StartupSmart the conference’s sophomore year will be bigger and better than its debut.

“First year was very hard having no funding, but we were lucky to be able to get sponsors this year,” he says.

“The sponsors are supporting us as well as the state government, so we are able to bring in speakers from overseas.”

Thach says he wants SouthStart 2015 to be “a bit more of an investor-friendly conference”.

“One of the first things we have to do is try to get the traditional investors to come along and learn from the people like Elaine Stead from Blue Sky and just to talk to other investors about potentially investing in startups,” he says.

“A lot of people are curious about doing that but don’t know how to get started.”

The conference will be mainly about showcasing South Australian startups, according to Thach, however, he says it is also “open to anyone, anywhere”.

“We want them to come and connect with the local community here,” he says.

“The more people that know about startups and get excited, the more people will get interested and inspired to start something new this year.”

Thach hopes the timing of the conference will see more Adelaide startups launch in 2015.

“People would have been considering their path for the year [over the summer break]… if they can come and be inspired to do something, that will be awesome,” he says.

SouthStart will take place at the Adelaide Convention Centre from February 4-5.