Space discovery: Startup has got the parking lot 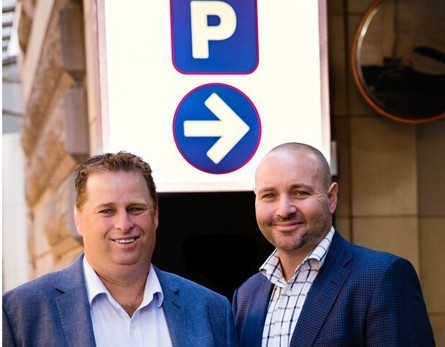 After 13 years working in traffic management, Bryan Goudsblom knows how hard it is to find a car park.

“Rates are expensive, you don’t know where they are and the amount of congestion is huge.”

But Goudsblom hopes to change all that.

Alongside business partner Mosstyn Howell, he’s co-founded UbiPark, a mobile app that displays if car parks are available and their prices.

The app has just launched in Melbourne and is preparing to roll out in Brisbane next week.

The pair utilized Howell’s 19 years in the car park industry to win over owners and operators, who’ve given UbiPark access to their car parks’ counting technologies.

This means users of the app can see car park availability at participating car parks at any particular moment.

In order to feature on the app, car parks pay a fee determined by their property’s size.

Many have already registered, hoping it’ll increase their visibility among consumers.

Goudsblom says car parks will also receive data about how their site is faring compared with other parking complexes in their neighborhood.

“I think it’s going to provide them the opportunity to think about their business, and some may even decide to increase or decrease their rate accordingly,” he says.

UbiPark has been a full-time job for the entrepreneurs for 12 months and much of that time has been spent working out how to assimilate information from different car parks onto the one platform.

“There’s a number of car parking equipment providers, so it’s been about how our coders at the backend navigate that,” he says.

But Goudsblom says his and Howell’s industry contacts have made UbiPark’s task easier.

“Going into new markets without relationships is dangerous,” he says.

He says talking to the market is critical for business success, but it’s the customer’s wants and needs that should still come first.

“We believe that people just want to find a park, whether that’s for convenience or price-related,” he says.

“Build your business model around that because it’s the key to going forward.”