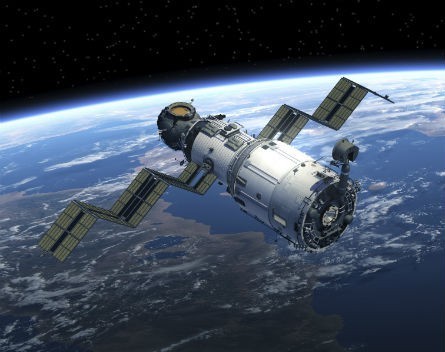 When Brian Lim wanted to create a space startup everyone thought he was crazy.

He was shunned by fellow entrepreneurs, and friends subtly tried to convince him to switch industries.

“Both sides thought I was crazy for trying,” he says.

“When I started space was considered really expensive, it still required hundreds of millions of dollars. To start a business in this area was considered impossible.”

But with a mix of passion, entrepreneurialism and just a touch of craziness, Lim almost singlehandedly kick-started the Australian space startup scene.

He’s part of the growing movement applying startup methodology to the space industry.

After so often being confined to the domain of large corporations or the realm of science-fiction, a host of Australian entrepreneurs are now looking to capitalise on the enormous potential that the space industry can offer.

“I had no idea it was possible”

Dr Abigail Allwood was fascinated by space as a child and eventually decided to pursue it as a career.

“I read a ton of science fiction and dreamed of doing something like this,” Allwood says.

“But as an Australian and a young girl I had no idea it was possible.”

But after finishing a PhD at Macquarie University, she realised she’d have to move to make her dream a reality.

After getting a job at NASA, she’s leading the way for Australians in space. She is the first woman, and first Australian, to be the principal investigator on a mission to Mars, and has been tasked with finding signs of life.

Allwood says Australia risks missing a golden opportunity to inspire and retain the next generation of space enthusiasts.

“So many nations around the world are seeing the value in providing the inspiration and opportunities to young minds that space exploration gives,” she says.

“There is so much public interest in it. We have the level of education and we have the smart people. It just takes a will.”

Investors to the stars

“Space is becoming more accessible, it’s no longer the realm of NASA or the Russian space program,” Neill says.

“You can get something into space and there are options to actually do something rather than feeling a bit sci-fi and far away.”

It’s still a very young industry, but there is a lot of potential, Neill says.

“There’s a huge amount of talent starting to emerge in the space industry now, especially coming out of universities,” he says.

“There’s still a fair bit of immaturity in the market. Looking from the eyes of an investor, we need to think about it differently.”

The space industry can be a very imposing and intimidating field for startups to enter, Lim says.

“To build an app, you don’t need to make the iOS, or build the phone or create the service provider,” he says.

“When you want to build a space startup, you have to do pretty much all of that. It’s very difficult.”

But this towering barrier is rapidly crumbling, thanks in part to the work of many startups.

One of these is Sydney-based QubeRider, which wants to open the door of the space industry for other small startups by providing a cheaper ride-sharing way to launch technology into space on a satellite.

Sebastian Chaoui says he and fellow co-founder Solange Cunin created the startup with the aim of making space more accessible for entrepreneurs and helping to accelerate Australia’s burgeoning scene.

“It started with me really thinking about what kind of things the space industry needed to get going,” Chaoui says.

“The biggest thing is to actually get people involved with space, and that’s what QubeRider does.”

“We’re trying to generate public interest and participation in space,” he says.

“We want to open space up to startup companies that have never had the ability to test hardware in space before.”

QubeRider offers “ridesharing out of this world”, allowing users who need to send their technology, hardware, software or app into space to share the steep price of launching a satellite.

Lim says it’s these hefty prices that prevent many startups from getting involved.

“It’s very difficult to get a piece of space gear certified to fly,” he says. “Things like QubeRider are out there to lower that barrier, and the minute you get it flown and prove it works, you’re space certified.”

It’s targeted at people or businesses that have experiments, projects or hardware that needs to be tested in space, but who can’t afford to send it up there themselves.

“People don’t need to understand mission operations or exactly how the entire space mission will work,” he says. “They don’t need to go and get a space degree to do this; they just need to build their things.”

“They can get their technology to space really cheaply and hopefully really quickly. We’re trying to offer the ability to test technology incredibly easily and for the fraction of the price.”

The startup will be launching CubeSats, miniature satellites that are 10cm by 10cm in size.

Lim says that these CubeSats have played a vital role in making space accessible for startups.

“There’s a disconnect – when people see space they only see the giant satellite or rocket that’s bigger than their car – they don’t see the little projects,” he says.

“When you start playing with a CubeSat it feels much more real and you feel like you can get into it.”

Holding space in your hands

Adelaide-based startup Launchbox is aiming to get these CubeSats into the hands of school-aged children to help nurture a new generation of space entrepreneurs.

While space is commonly taught in school, it’s a distant reality that can be hard to connect directly with. But Launchbox wants to change that by putting “space in your hands”.

Led by a team of scientists and entrepreneurs, Launchbox creates educational space experiences for students aged up to 18, using model satellite kits, and also offers the chance for these budding students to actually launch their projects into space.

Launchbox co-founder Flavia Nardini says it is a way of showing how accessible space is now, and encouraging the next generation of space entrepreneurs.

“It explains to people that space isn’t so unreachable, they can have their own satellites for a low cost,” Nardini says.

“It’s a very new technology that opens the path to space.”

The startup was founded in 2014 and has since been introduced into more than 50 schools across Australia. In the last year they’ve launched eight balloon satellites into space with the work of hopeful rocket scientists on board.

“You think this is out of your reach, but it’s not,” she says. “We’re pushing boundaries and creating an industry on top of everything.”

At the end of the year, the startup will also be launching the projects of competition winners into space from the International Space Station on a CubeSat, with students able to conduct their experiments and then have the data sent back from space.

When Nardini moved to Australia two years ago after working for the European Space Agency, the Australian space startup industry was unrecognisable from what it’s like today.

“There is a space industry in this country, but it’s not very entrepreneurial,” she says.

“I’m very impressed with what’s happened in Australia. Space has been related to military operations before, but it’s changing and Australia can be independent in their access to space.”

Everyone involved with the Australian space industry agrees: there is a wealth of potential in Australia for space-focused startups.

“We can develop a thriving space industry,” Chaoui says. “Australia traditionally hasn’t had anything like this before, so that provides a different mind-frame for investors and people wanting to start using this technology.”

Now it’s time for the investors come on board, Nardini says.

“There are more and more low cost, accessible startups, and investors need to start seeing them,” she says. “In the US they can find an investor straight away, it’s very sexy there, but here it’s a risk.

“That’s changing though, and investors need to open their minds and accept the revolution.”

Neill says he’s definitely interested in investing in space startups in the future.

“There are really interesting disruption opportunities, and we’ll be exploring them,” he says.

“It’s very hard for startups in Australia to keep pushing in the hardware space, but if you see a way to do software cleverly then there’s a neat little niche there.”

“We need to branch out as a nation into other areas as well,” he says.

“I’m excited about the software solutions, the ways you can be innovative to help with the current programs in place and piggy-back off the traction they’re getting.”

“We’re on the cusp of a new wave of technology that will be brought into play.”

Most of all, it’s about creating jobs and ensuring Australia plays a part in this booming global industry, Lim says.

“It’s about Australia switching from being a mining and service sector into one of high technology and high-end product services that will actually supply the right kind of jobs for Australians,” he say.

“Whether I’m building spaceships or herding cattle, it’s about getting jobs and making the economy grow.”