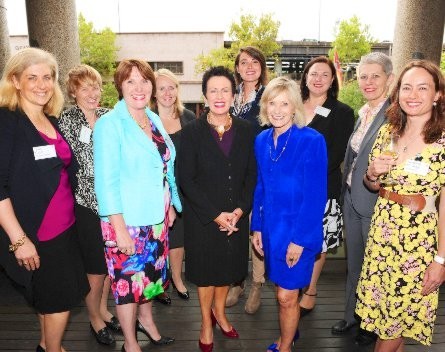 “I got some fantastic introductions to advisers and investors, which is always incredibly helpful because a lot of this is who you know, not what you know,” she says.

The program has launched applications for its 2014 program, which sees female entrepreneurs given their own personal advisory team, such as investors, lawyers, bankers and business development professionals who work together to coach the women-led business owners.

Rawlings says while women had great social networks, when it came to the business world, men were generally better connected because they may have gone to school with other men who’ve gone on to business or financial careers.

She says building contacts and networks is important for furthering your business.

“It doesn’t matter if you have someone’s phone number or email. If you haven’t been recommended by someone they know and trust, you’ll never get your foot in the door.”

Rawlings says she also received helpful advice from the program, such as what to include in a pitch presentation material, including pre-investment valuations of your company and setting out the company’s future plans and “inflection points”.

Springboard Enterprises Australia chairman Wendy Simpson says in a statement that the program is unique because the organisation in non-profit with no financial stake in the companies that it helps.

“Support for entrepreneurs is imperative in Australia. We open doors for innovative businesswomen by providing invaluable access to international contacts, networks and opportunities without them having to leave Australia,” she says.

Street Hawk is currently in the middle of fund raising for a new product and due to release early testing soon.

Rawlings urges other female entrepreneurs to apply to join the Springboard program.

“It’s nice to be around people who are giving you advice from a female perspective rather than male,” she says.

Applications and more information about the Springboard program can be found here.