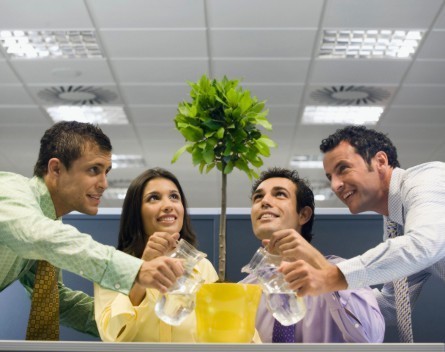 By definition, every start-up plans to get global sooner or later. But scaling a business poorly is one of the fastest ways to kill it, according to two Stanford lecturers.

Robert Sutton and Huggy Rao have recently released Scaling up Excellence, which explores how companies from tech superstars to fast food chains have grown and gotten stronger.

“Start-ups need to start thinking about scaling a lot earlier than they do,” Sutton says, who adds you don’t need to a perfect organisation to scale well.

“A lot of times when people think of scaling up, they think they’re going to focus on the great stuff and spread it. But when you look at organisations that have nailed scaling, they’ve gone from bad to great.”

Sutton spoke to StartupSmart from San Francisco about the five biggest myths about scaling and how to overcome them.

Myth 1: Scaling is all rapid growth through fast decisions

While the scaling story of tech superstars Twitter, Google and Facebook can make it sound like every decision was instant and the implementation took only a tiny bit lower, Sutton says all scaling companies slow down to take the time they need to make the decisions where it matters.

“In every case we’ve looked at, including those three, this notion they rushed all the time is just not true. From Google to even Starbucks, all successful global companies go slow sometimes.”

A key time to focus on results rather than execution time is hiring staff.

“From the very beginning, Google was always very picky about hiring. They only hired very technically skilled who also had the leadership skills to grow with the company no matter how badly they needed a warm body in that chair,” Sutton says.

He adds founders shouldn’t shy away from the arrogance these decisions and the corresponding belief the company could become massive requires.

Myth 2: Conflict will kill a company

As companies grow, arguments are inevitable as teams choose what to focus on. Sutton says learning how to argue well is a critical skill for a scaling company.

“To make the best decisions, you need to be clear on how you argue and when you stop arguing. Good teams can have blazing arguments and then move on.”

Sutton says part of the success of many tech superpowers has come down to having founders, and later managers and executives, who are willing to model vigorous arguments followed by a resolution all commit too.

“Firefox’s John Lilly (chief executive 2008 to 2010) oversaw the company’s growth from 12 to 500,” Sutton says. “He told me he started realising at about 80 people that people had begun to act as though they were afraid of their boss. So he just started having arguments with his immediate team whenever he could. He’d be right or wrong but would always end respectfully and move on.”

Sutton says making sure everyone shares an understanding of what medium-term success looks like makes it easier to resolve disagreements and unites a team.

Myth 3: Scaling means building the team as quickly as possible

According to Sutton, one of the most dangerous myths about start-ups is the belief bigger is better when it comes to teams.

“The notion that scaling mandates adding more people is a myth. There is lots of evidence that when you bring on board the wrong people too quickly, it’s deadly.”

The pressure to build the team often comes from investors who are keen to see their money put to work.

“I can’t tell you how many times I’ve seen a start-up still in the product development stage kill itself by hiring sales staff before they’re ready. These guys need to sell, so they sell a product that’s not ready and it’s over,” he says.

Sutton says actions such as Israeli start-up Waze’s hiring freeze after raising $20 million should remind start-ups about the virtues of staying lean, as the company went on to be acquired by Google.

Myth 4: Our culture will suffer and we need to stay small

While cultural death by growth was the fate of Yahoo! and eBay (who later turned it around), Sutton says rapid growth won’t kill a start-up if they’re smart about it.

The key to a culture thriving, as well as smarter working, is to keep teams small.

“One of the mantras at Amazon is you shouldn’t have a team that can’t be fed by two pizzas,” Sutton says. “The difference between a five person team and say an 11 person team is huge. From battlefields to big corporates, all the evidence shows the maximum is seven before it dissolves into interpersonal contests and missed communications.”

Small teams organised in pods is an emerging trend in start-ups. Australian start-up 99designs has used a pod approach for over a year.

“When you’re trying to scale an organisation and you have destructive behaviour or people, the first order of business is to nip that in the bud because otherwise it’s impossible to grow well.”

Myth 5: Bureaucracy and hierarchies should be shunned as they stifle innovation and productivity

One of the joys of start-ups is team flexibility. But start-ups need to implement some structure and processes if they want to become global companies.

“Staying entrepreneurial and easy to get things done is admirable, but there is a lot of evidence that shows companies need managers, hierarchy and processes,” Sutton says.

“There is a fine art of adding just enough process or bureaucracy so you can actually get all the work done. I think it’s admirable that entrepreneurs resist adding that stuff, but if you don’t it’ll turn into an unruly, out of control organisation.”