Start Up Australia launches, not to be confused with StartupAus 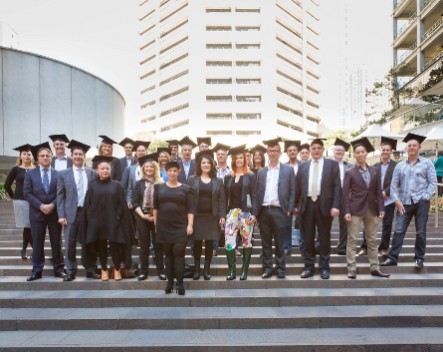 A new not-for-profit body launched Wednesday, which promises to support startups – by which it means companies that have just started up.

Start Up Australia, will offer a number of free resources to entrepreneurs to help get their businesses and business ideas off the ground.

The organisation is part of a global Start Up network, with similarly named organisations in 44 countries, which is why the group couldn’t avoid confusion with another startup body, StartupAus (which focuses specifically on tech startups).

Start Up Australia’s Miriam Feiler says the best way for entrepreneurs to learn is through the advice of people who’ve done it before.

“We want to create a greater number of business start-ups here by providing the skills, encouragement, mentoring and training of people with big ideas, others who may have been retrenched, new mums working from home, retirees wanting to become self-employed. In fact, any Aussie who has ever dreamed of running their own business and wanted to have a go,” she says.

“Business is the engine room of the economy and our goal is for Australia to become the most entrepreneurial nation by 2020.”

The services it offers to entrepreneurs who sign up include a five day online conference featuring the stories of “50 of Australia’s business leaders” from a wide variety of industries, and a free 12 week online Small Business MBA sponsored by the Fortune Institute and hosted by entrepreneur Siimon Reynolds.

@rosepowell @BobbyWalter @gbissett @bigyahu Maybe someone in the media should call this for what it looks like. Lead gen for paid content?

Feiler rejected the notion that the organisation was a lead generator for paid content.

“Everything we’re doing is offered for free, through the support of corporate Australia,” she says.

The organisation receives no government funding and is negotiating with a number of corporate partners for extra support.

The entrepreneurs behind the project include Reynolds, Brian Sher and John McGrath, with the support of Naomi Simson, Paul Greenberg, Creel Price, Larissa Robertson and James Stevens.

Like StartupAus, Feiler says Start Up Australia will work to produce data on startup companies which will be used to help guide government policy.

StartupAus board member Steve Baxter says StartupAus welcomes the efforts of all organisations working to support startups (though he appeared to be using the term differently relating it only to ‘tech’ startups).

“There are many different organisations and groups passionate about the tech startup ecosystem and its growth in Australia,” he says.

“We look forward to seeing the tech startup community become a driving force in the Australian economy because of these efforts and more importantly the passionate tech entrepreneurs who are leading the charge.”

Confusion around how the public uses the term “startup” was highlighted by Google Engineering director and StartupAus board member Alan Noble recently, who said that the way Australians understand the term “startup” is too broad.

Speaking at the Vivid Sydney Smart Money forum, Noble noted that it was important policymakers understood the difference between small lifestyle businesses and the kind of startups that could make a real difference to the Australian economy.