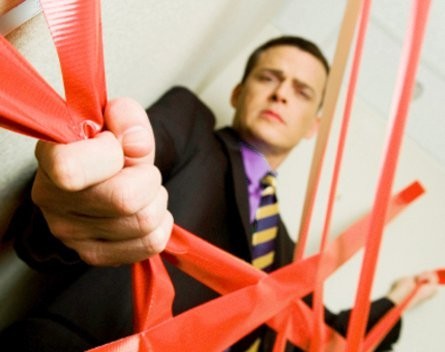 Start-up and small business owners are calling on the freshly sworn-in Coalition government to make good on their promises to ease the burden of regulation and compliance.

Research released this week by accounting software platform Intuit QuickBooks revealed the top small business policy priority for the incoming government was the reduction of red tape, with 58% of the 1000 business owners surveyed declaring it was top of their policy wish list.

Just over a third said the government should better communicate with small business owners about existing regulations.

“That’s an important move because we have a large proportion of small business in the country and they do drive jobs and GDP, so it needs to be a portfolio on its own,” Macfarlane says. “What we’d like to see is people being rewarded for taking the risk [of starting their own business]. They don’t need to have the same regulatory burden that is imposed on larger business when they’re at a very different stage of the business journey.”

According to the research, the Coalition should focus on streamlining business activity statement (BAS) reporting, with 42% saying the small business sector would benefit most from this change.

Other areas the community is keen to see reformed are industrial relations (15%), superannuation (14%) and occupational health and safety (10%).

Macfarlane adds that raising the GST threshold and related BAS reporting requirements to a higher rate than the current rate of $75,000 would be great for start-ups and small business.

“$75,000 is not a lot in the scheme of things, and when we talk about the profitability of start-ups, a business at that level, if it is making a profit, it’s probably not a large one and certainly not for the amount of effort they’re expending to build the business,” Macfarlane says.

“The average compliance spend over the course of the year is almost 500 hours per year for a small business, so increasing that GST threshold gives start-ups more time to get profitable before having to invest all that time in compliance.”