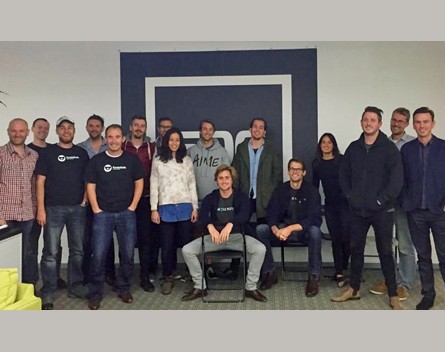 Australian mentor-driven seed fund Startmate has increased its investment for promising startups to $150,000 as applications open for its 2016 program.

The eight startups eventually selected by Startmate will receive an initial $50,000 investment in exchange for 7.5% equity from the network of mentors.

At the conclusion of the program, the network of mentors will then vote on which startups will receive a further $100,000 as part of a funding raise, or at a $2 million valuation.

What Startmate looks for in a startup

Startmate co-founder Niki Scevak says they’re looking for a global outlook most of all.

“The thing that glues everything together is the scale of the ambition, and we want a team of people chasing really incredible goals.”

“We want someone that is aiming to be the best in the world rather than the best in Australia.”

Startmate’s team of mentors include co-founders of Atlassian Mike Cannon-Brookes and Scott Farquhar, and Bardia Housman, who sold his startup to Adobe.

Previous alumni also includes Stuart Argue of Grabble, which was sold to Walmart, and Mike Baukes and Alan Sharp-Paul of Scriptrock.

The successful applicants also gain access to Startmate’s network of alumni and mentors, and free co-working space at ATP Innovations in Sydney for the first three months of 2016. They’ll then be flown to Silicon Valley to hunt for seed capital.

The product and team are the most important parts, Scevak says, while Startmate can help with the rest.

“We look for very technical product people and then help them become a great CEO,” he says.

“The strong muscle is the product and the weak muscle is often the customers and the storytelling aspect.”

Startmate is also teaming up with advertising agency Droga5 to assist the startups in articulating their story to customers and investors.

Scevak says this is an underappreciated aspect of running a startup.

“You might think it’s a bit fluffy and meaningless, but crisply describing your mission is one of the most fundamental parts of a startup,” he says.

“It’s nearly ubiquitous in every aspect of a startup.”

This new approach had a “dry run” with this year’s Startmate cohort, and Scevak says the results were positive.

“Two got a lot of value especially, and one even got a large customer,” he says.

“This is something we can help them with, in turn learning equally as much from the startups about the world they are operating in and new technologies that may ultimately benefit our clients and our industry.”

Applications for next year’s program are now open, and close at the end of September.