Startup Games launches: Why only 28 of 80 aspiring entrepreneurs made it through the selection process 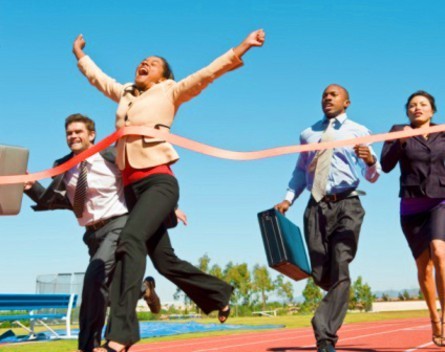 Only 28 applicants to the University of New South Wales’s New South Innovations Startup Games started the program this week, after a rigorous application process.

The program, facilitated by entrepreneur Bart Jellema, involves four weekend workshops covering the fundamentals of starting a business. It concludes in a demo day.

Coordinator Josh Flannery told StartupSmart they had designed the application process to pluck out the students who were willing to do the work.

Of the 80 applicants, 43 were invited to undertake a series of tasks such as setting up social media and Angel Co profiles, and submit a 30 second pitch video on YouTube.

The Startup Games team selected 33 students to apply but 15 didn’t complete the tasks on time.

“We were quite aggressive with the deadlines so we could weed out those who weren’t serious,” Flannery says. “The important thing is they’re doers who follow through and get stuff done. The next thing we wanted was diversity.”

The program began on Saturday with 28 students who have formed nine teams.

The students come from faculties including business, design, science, computer science and the College of Fine Arts.

Flannery says the 80 applicants were an almost equal split of male and female students. The final 28 includes nine female entrepreneurs.

“It just happened that a lot of the women dropped out. We’ve made a point this year of trying to diversify both the applicants and the guest speakers. We have an equal number of male and female speakers in the program.”

The teams will now go onto develop their ideas and start building businesses. Flannery says it’s going to be an intense few weeks for the students.

“We’re not going to kick people out of the program if it turns out to not be a good idea. But we will kick them out if they don’t do the work to validate it.”

He adds this is the easiest time for people to try their first start-up, as they have fewer responsibilities and are under less pressure than they will be in the future.