Startup Melbourne promises to be “basecamp” for Melbourne startups 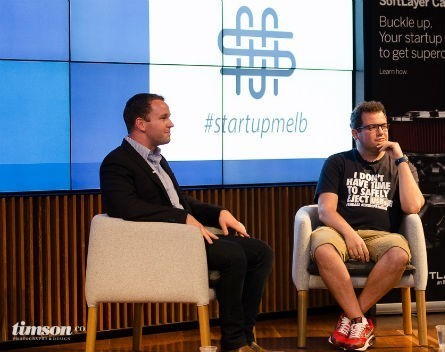 A new startup organisation has launched in Melbourne with the goal of being “basecamp” for the Melbourne startup community.

Startup Melbourne will host events, provide networking opportunities, and point new and existing entrepreneurs in the direction of help when they need it. Startup Grind’s Chris Joannou, an organiser of Startup Melbourne, says it will complement, not compete with organisations like Startup Victoria and Startup Grind.

“We have some big groups here and we can help push great events around design and sustainability for example, to have a more holistic offering to the community,” he says.

“We also have some smaller groups that have great content that we can help to get bigger fast. We know we are strong in tech, but tech is just one part of entrepreneurship.”

Uber Melbourne general manager Simon Rossi is one of a number startup figures that make up the Startup Melbourne organising team. He’s keen to see the Melbourne startup scene reach its potential.

“Having been lucky enough to have working experience in both SF and London startup communities, I’m excited about the opportunity to contribute to helping establish Melbourne as the startup hub for Asia Pacific,” he says.

“There’s so many great people creating some amazing products and businesses, anything we can do to help accelerate that is a win for everyone.”

Startup Melbourne has partnerships with the SydStart and SouthStart tech conferences, which will be used to find ways to encourage the development of Australia’s startup ecosystem.

“What I noticed was incredible entrepreneurs doing things in isolation; Entrepreneurs Club is over here, York Butter Factory over here, Queens Collective over here and That Startup Show over there. Incredible cross-city leaders that really did not have a chance to get together to help each other and discuss collectively how they can help this community.

“The idea was an inclusive group of cross-city leaders getting together to ultimately produce better entrepreneurs in Melbourne and to rally behind our startups.”