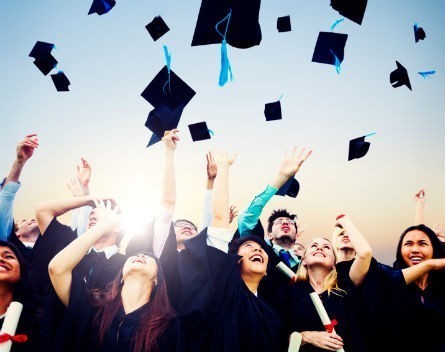 More than 100,000 Australian high school students will finish their final exams this week and while many might already have enrolled in university courses or started job hunting, some might still be pondering what to do next.

University of Sydney adjunct professor Brett Whitford is encouraging entrepreneurial students to give gap years a wide berth and instead sign up for a year of developing their tech idea at his new startup school, EXCELinc.

“EXCELinc is firstly an incubator. Rather than being a place of learning, we’re a place of mentoring,” Whitford tells StartupSmart.

Potential entrepreneurs will audition to join the EXCELinc program at their Eureka Pitch Days in Sydney and Melbourne, a process Whitford describes as “X Factor meets Shark Tank”.

The incubator not only invites applicants who already have a startup to pitch, but those who just want to work as part of a team developing another’s idea.

In exchange, EXCELinc will be taking 18% equity in any startup that’s developed under its watch.

The thought of sharing their idea with others and with EXCELinc might scare some budding entrepreneurs, but Whitford says it’s a small price to pay for getting your idea off the ground.

And that idea might change during the program, anyway.

“Our 12-month program starts from a really early stage in the process,” he says.

“The idea you walk in with might not be what you end up with.”

Successful applicants will find themselves pitching to angel investors within three to six months of commencing the program, with the best graduates flown to Silicon Valley to share their work with industry leaders.

Those who catch the eye of EXCELinc staff could even be awarded $20,000 in seed funding to kick-start their venture.

“Hopefully your idea will become a billion dollar unicorn,” he says.

But Whitford concedes that some ideas might fail, but that’s OK. He says Australia needs to develop a culture that forgives failure, something he’s gradually starting to see happen.

“Once, if you failed publicly, you were finished,” Whitford says.

“If you’re going to fail, it’s best to fail early and with a safety net.”

Whitford himself left school at 17 to join the air force before creating his first startup, Beaumont Publishing House, aged 21.

He says there was nothing like EXCELinc at the time, which made starting a business difficult.

“When I first started out, I didn’t know how to register a business,” he says.

“If I didn’t work for a business magazine selling advertising, I wouldn’t have known where to start.”

Despite leaving school and eventually dropping out of university to pursue his burgeoning businesses, Whitford understands the importance of education.

“I value school more than anything. All my life, I’ve been involved in education,” he says.

In keeping with this sentiment, the EXCELinc program will form credit towards a university diploma or degree. Weekly classes will cover content like creating a business and a marketing plan that meets key competencies required by tertiary courses.

Whitford even plans for the new school to be documented on film, with a potential reality series like Startup U in the works. He says it’ll be a fly-on-the-wall documentary about the startup process, with airtime dedicated to the most promising projects of the year.

EXCELinc’s Eureka Pitch Days are in Sydney on November 22 and Melbourne on December 6.