The Upside of Startup Depression 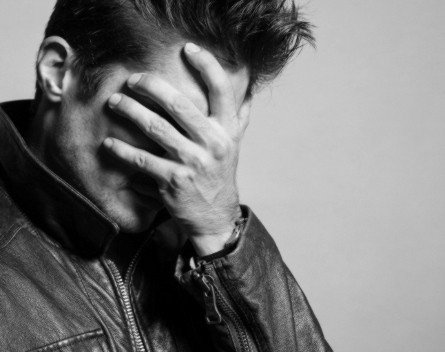 Whilst it’s common to look at depression as being the “dark side” of startup life, and to caution people that stress and illness is one of the risks, that hasn’t exactly been my experience.

As of the past few months I consider myself “depression-free”.  I really have no black moods anymore, and my confidence and self-belief is the best it’s ever been, and continues to grow.

The good state I’m in now is the culmination of a long journey that led me to some rather unconventional health treatments.  But it’s only through being persistent, open-minded and willing to try anything – just like you need to be in startups – that I’ve been able to take control of my mental health and get my life on track.

Regardless of what commercial success I end up achieving in business, I already know that the challenges of startup life have made me a much healthier and happier person than I’d otherwise have been.

We’d received our initial Y Combinator funding and follow-on angel funding in 2009 and 2010, and naively thought it was going to be smooth sailing from there. Things had been relatively easy for us to get the funding and start building a team and an early-adopter audience.

By early 2011 we had this sudden horrific realisation that everything we’d built and all the hard work we’d done over the previous few years was all about to go up in smoke.

What did we do?

For a start, we heeded the advice of Paul Graham: just don’t die.  We knew that the thing that was going to kill the company was not running out of money, but if we stopped working on our product.

So, we tried our best to not panic, and not to be too affected by the emotionally charged advice we were getting from some investors and advisors.

We just realised we needed to step back for a bit find a way to get some money to keep ourselves fed and housed. We picked up some contracting work, claimed the ATO’s R & D tax concession, and attracted some small investments from family and friends who still believed in us.

We also started seeking new team members who were willing to work for us for sweat equity, and put together a new plan for what we’d need to do to be fundable.

Though the first few months of 2012 we were immersed in the gruelling process of building out our new technology platform, as we kept raising small amounts of funding to keep us going month to month.

As we went, we were very public in telling our story, with frequent updates to our investors and network of acquaintances, as well as telling the story of our journey via my personal blog. Though it was hard, the funds steadily trickled in.

By August 2012, we were still on the precipice, and even though we’d finally completed the tech platform, we hadn’t yet been able to show investors or the world just how this technology could translate into major growth or commercial success.

It was a grim time.  I knew, and our team knew that we had something amazing, that we deeply believed could profoundly change the travel industry and lead to huge commercial success.

My most difficult memory was of this one gloomy July afternoon, when my co-founder Fenn and I went for a coffee near our Richmond office.

I was wrung out from having gone without good sleep for quite a while. Our team members who’d been working with us for sweat equity were all sweated out; they needed cash.

We had investors that were interested, but they were slow to move, and we didn’t have any rabbits to pull out of the hat to convey momentum.

I remember both of us sitting there, staring into our coffees, staring at walls, staring out into the street, just not having much to say to each other that was going to make anything any better.

Around the same time I remember these nights where I’d be out with my girlfriend for dinner, or at the movies, but just completely disengaged, in this paralysed state, waiting for some email bearing good news and constantly running the permutations through my head to try and figure out a way through.

It’s fair to say I wasn’t particularly good company as a boyfriend or family member in those days.

However, I had reason to believe I could get through it.

My long journey to understand and master my health had led me to an obscure emotional therapy called Neuro Emotional Technique; a treatment that uses physical therapy to improve the nervous system’s ability to process emotional stress.

For someone who had previously been a somewhat militant, Dawkins-inspired anti-quackery zealot, this had been a pretty big leap. But for me it was effective in a way that more mainstream treatments hadn’t been. I was happy to go with what worked.

So, despite the hardship, we kept building our technology and improving the product and testing a whole lot of methods for growing our audience. And we kept telling our story to our investor and advisor network.

Bit by bit, growth started happening, and investments started coming in in larger and larger amounts.

Last year we were able to recruit a new CEO with an impressive airline background, who’s been able to open the doors we needed to get into the travel industry and get the company running much more smoothly.

Things are good. Our technology is working well, we’re building solid commercial traction, we have a team of 8 people all on decent salaries, and we’re ready to take our next big step forward.

On a personal level, I just don’t get depression any more. We still have a lot of big challenges in our business, but I know I’m equipped to deal with whatever life throws up next.

It’s common in startup life to embrace our misery, wear it as a badge of honour, and console ourselves that if you suffer for long enough, success will eventually arrive and life will become good; that if you can just get to that big win and achieve fame and riches, then life will be great.

In fact, that has it precisely the wrong way around.

Only by having your shit together emotionally can you achieve success. The successful people are the people who can confront any challenge that comes their way, and remain stoic and centered.

Emotional hardship and some level of depression can be valuable in startup life, to the extent that it signals to yourself and others that things are going wrong and you need to make changes.

Depression needn’t spell the end of your startup journey, but you need to be careful. You needn’t try to be a hero.

When you’re in trouble, be honest with yourself and your network, and find help and treatment that works for you, whatever form that takes.