Startup Weekend gets the female treatment 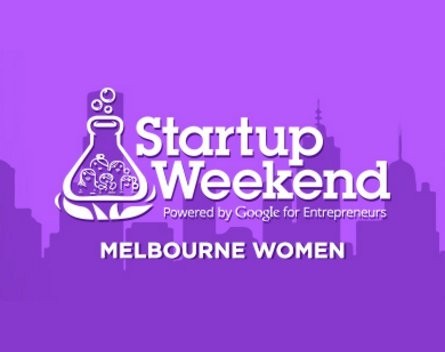 When Startup Weekend Melbourne Women gets underway this weekend, it will be the first time a startup weekend event has catered specially to Australian women.

Paronetto has founded her own startup, PowerHouseHQ, a company which helps businesses organise their own hackathons.

“I’ve been part of (Startup Weekend Melbourne) since 2011 and there’s always around 10-11% of attendees are women; it’s something I thought we should do something about,’’ Paronetto says.

“One of the main ideas for this event is to start an event from scratch, and understand what makes great conditions for women.

“One of them is making the space and the nutrition really tailored to empower people.

“Good quality food with a lot of options; there’s usually just beer and pizza. We want everybody really nurtured for the weekend.”

Last weekend organisers held a pre-event, the Startup Weekend Melbourne Bootcamp Brunch, which gave participants a chance to meet and explore their startup ideas a week in advance.

“We thought the best way to give all the applicants to do those three things was to run a pre-event.”

Geek Girl Academy organiser Tammy Butow is also part of the Startup Weekend Melbourne Women organising team and Paronetto says she’s a big reason the weekend will be so rewarding.

The attendees will pitch their ideas on Friday night, form teams to work on the best ideas, before pitching their creations before a panel of judges on Sunday night that includes Susan Wu of Stripe, entrepreneur Leni Mayo, CEO of Scale Investors Laura McKenzie, and StartupSmart editor Bronwen Clune.

Both the Startup Weekend Melbourne Women and last weekend’s brunch were sponsored by Nitro and chief operating officer Gina O’Reilly says there are real benefits to a diverse workforce.

“Nitro are firm believers in the complementary skills women bring to the workplace and are imperative to every business,’’ she says.

Last year a study by the Australian Workforce and Productivity Agency found women occupy less than 20 per cent of positions in the majority of information and communication technology occupations.

According to Google, women-led tech companies achieve 35% higher return on investment, and when backed by venture capital bring in 12% more revenue than their male counterparts.

The low participation of women in the ICT sector is a problem Startup Weekend Melbourne Women organisers are not alone in trying to fix.

Google is spearheading a worldwide campaign known as #40forward and is challenging its partner organisations to increase the representation of women in tech communities.

Startup Grind, an event which gives established business owners a chance to mentor the next generation of startups and is part of the #40forward campaign, will see DVE Business Solutions director Jo Schneider host an event in Adelaide on May 26.