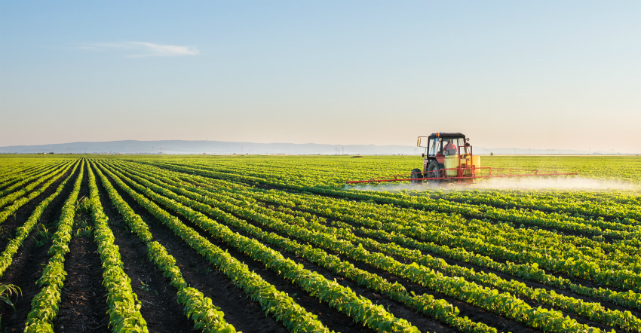 Stereotypes of startups are easy enough to find. Young people in trendy urban settings splitting their limited time and attention between their unpronounceable coffee order and their indecipherable business idea.

Agriculture, on the other hand, has its own mythology. Cattle stations and open skies, hard labour and harsh sun.

Neither are completely true, of course. But it explains why, at first glance, agriculture doesn’t seem like the most natural fit for disruptive innovation. It might seem like the two are operating in different worlds.

What can agriculture gain from startups, and why should startups work on agricultural technology?

The report, co-authored by KPMG and supported by the Commonwealth Bank and the Queensland government, looks at AgTech – digital technology applied to the agricultural sector – and its future in Australia.

What startups can offer agriculture

Australian agriculture already has a broad adoption of technology.

Our farms are not quaint homesteads, they are sophisticated operations with advanced machinery and monitoring. However, the digital revolution brings technology that can cut costs, improve decision-making and boost productivity.

Agersens, an AgTech startup operating out of Victoria, has developed a ‘virtual shepherd’.

The system consists of neck collars around the cattle, connected to a wireless base station. With the help of GPS technology and a smartphone/tablet app, farmers can effectively map out fenceless farms. Farmers are able to fence, move and monitor their livestock from their phone.

The result is a greater control over livestock and increased flexibility without the need for expensive physical fences and associated maintenance.

Agersens is just one of six AgTech startups profiled in Powering Growth, with products and solutions ranging from online marketplaces to big data sensor networks.

It turns out when you factor in autonomous vehicles, big data, cloud analytics, online marketplaces and a whole host of other digital technologies, there is plenty of scope to make huge gains, even in traditional industries.

What agriculture can offer startups

Which leads neatly to the flip side of the coin – why should startups look to agriculture when they are looking for solutions?

Powering Growth reports agriculture is currently one of the least innovation-active industries in Australia. There is a lot of headroom to implement AgTech solutions that grow the sector.

Australian agriculture is a large industry looking to grow even larger. There’s a big opportunity for startups to play a key role in that growth.

The National Farmers’ Federation are looking for agriculture to double in size by 2030, creating Australia’s next $100 billion industry. A thriving AgTech sector could help meet (and, perhaps, substantially exceed) that goal.

Australia’s world-class universities and research institutions are producing a wealth of agricultural new innovations that aren’t yet being turned into commercial products for farmers. Agersens’ virtual shepherd technology originated from the CSIRO in 2005, but is only now approaching commercialisation. Our diverse climatic conditions make Australia an excellent testing ground.

We can develop AgTech for tropical, temperate, oceanic and arid climates all domestically, then target foreign markets for export with a reliable product.

In 2015, global venture capital investments in AgTech were $US1.5 billion, up 336 per cent from 2014. Yet of the 526 AgTech deals recorded by AgFunder that year, Australia recorded only six.

Conditions are excellent for startups to stake a claim to part of this global market.

How does this affect the broader economy?

AgTech is a powerful case study for how startups can impact traditional industries in a positive way.

Agriculture is a key export industry for Australia – we export more than half the food we produce, and our aspiration is to rapidly build this capacity to feed a growing middle class in Asia and elsewhere. Boosting agricultural productivity therefore directly boosts national wealth.

Startups are about value. Solving problems, disruption, automation, scale – the hallmarks of the tech startup – are at their core a way of producing value in the economy.

That equation doesn’t change from industry to industry. Point tech entrepreneurs at just about any industry and they will come back with products that capture previously unrealised value.

Superficially, agriculture and digital startups are at opposite ends of the spectrum. In reality, each can benefit from the other. The same situation is playing out in finance, medicine, logistics, transportation too, of course, but AgTech shows that even our oldest industries will benefit from the next wave of technology.

To read the report, released today, including case studies on Agersens ‘virtual fence’ and 5 more AgTech startups, head to www.startupaus.org/resources/agtech.