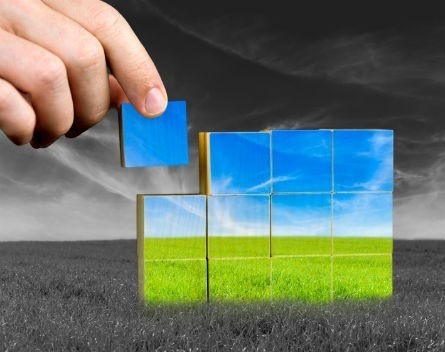 Startups and venture capitalists have welcomed the Abbott government’s push to reform employee share schemes and implement a crowdfunding equity scheme, but are worried the federal budget lumps startups and small businesses under the same banner.

John Dyson, founder and investment principal at Starfish Ventures, told StartupSmart it was good to hear Joe Hockey mention startups in his budget speech. However, he is concerned that government has once again assumed startups are similar to small business.

“I think there is definitely a disconnect between small business and the types of innovative companies we support – there’s no question about that,” he says.

“The government does put them in the same basket in my mind. But they have different needs and hot buttons and priorities. You’re doing an absolute disservice to both sectors if you try to treat them the same, because what will stimulate one sector won’t stimulate the other.”

Dyson says the changes to the employee share schemes and introducing a crowdsourced equity funding scheme will support the startup ecosystem, but more detail needs to come to light before startups will know how it will benefit them exactly.

“Until you see the details it’s hard to understand what type of impact or benefit it’s going to have on the innovation ecosystem,” he says.

“We’ve got a situation at the moment where there’s lots of money for early stage opportunities and there’s also angel-investing incubators and accelerators. The biggest gap in the market at the moment is companies that want to raise two to ten million dollars and I’m not convinced equity crowdfunding is going to fill that gap. Starting the company is the easy part – the hard part is making those companies grow and making them globally relevant.”

However, Scott Treatt, a partner at accounting and business advisory firm Pitcher Partners, told StartupSmart in general startups would “not be unhappy” with the budget and points to a range of positive measures the government is introducing.

“Startups are predominately cash-strapped at times, so many of the measures that are coming in for small business – such as the reduction in tax rates – don’t always provide immediate benefits,” he says.

“But the key benefit I see for startups is the push to get the employee share scheme options. It’s absolutely critical for startups to be able to retain and attract key talent to facilitate the development of new technologies.”

The Abbott government’s budget was not all good news for startups, with a $27 million cut to the Entrepreneurs Infrastructure Program over five years.

Treatt says while the government is working in a frugal budgetary environment, all governments – no matter which party is in power – need to do more to instil confidence in the greater economy by investing in innovation and education.

“I think it will be next year when we start to see more policy and direction coming from both sides of government as we move closer to the election,” he says.

“That’s what’s going to give business a whole lot of confidence to facilitate large businesses being able to invest in smaller businesses and invest in other skills to get the economy moving.”

StartupAus – the peak body for Australian startups – agrees. While board member Professor Jana Matthews says the government is beginning to recognise tech companies are the future of the Australian economy, she argues that an “overall strategy” is missing.

“We need to give people the skills and knowledge they need, both in science, technology, engineering and maths so that they can build tech startups, and also entrepreneurship so they can turn those startups into high-growth businesses that will create jobs,” she says.

“Beyond skills, we need government leadership and tangible support for tech entrepreneurs and investors to drive the startup ecosystem.”