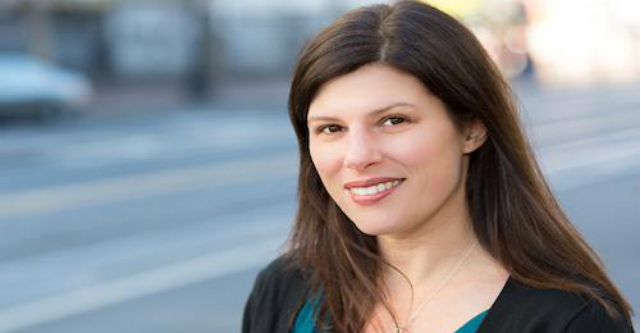 Startups need to embrace corporate social responsibility to capitalise on a growing trend among consumers and make the world a better place, Zendesk VP of public policy and social impact Tiffany Apczynski says.

She says that more than 90% of consumers around the world today will move to brands associated with a good cause.

During her talk at Zendesk’s Relate Live Sydney conference, a show of hands revealed most people in the room are or want to be conscious consumers.

“At the end of the day they need there to be a successful world for their product to grow and mature.

“You can’t be a successful startup if the economy is in crisis.

“You can’t grow your customers if they’re so sidelined by social issues that they can’t even think about your innovative product.”

Beyond working for the greater good, corporate social responsibility (CSR) is an increasing demand of modern world consumers.

Apczynski says half of the Australian population believes it’s important for a company they buy from to demonstrate a high level of social responsibility, while one in three Australians will choose to buy from socially responsible companies.

Nearly 60% of Australian consumers will switch to brands associated with a good cause if the product or service is of a similar quality, she says.

“Why is CSR suddenly becoming this topical thing that we have to respond to?” Apczynski says.

During her talk, Apczynski said that the US alone is home to more than 80 million millenials, a market worth over $US2 trillion ($AUD 2.6 trillion).

More than 80% of them use CSR to determine what they buy, 78% use it to decide where they work and 64% use it when investing in stocks or mutual funds, she says.

Similar trends are found in Australia where millenials make up more than a fifth of the population at 5.6 million people.

This presents a huge opportunity for startups to gain competitive advantage.

“When you’re in that incubation phase you actually have a huge opportunity to build social mindedness into how you’re going to grow your organisation,” Apczynski says.

Here’s how you can start.

“If you’re going to do a team building [exercise] offsite, can community service be a part of that?

“Therefore you don’t feel like you’re expending additional time or throwing the dice on something that might not work.”

In all of these experiences, she recommends that team members have direct contact with the clients of the non-profit whether they are people who are homeless or children with special needs.

“If you’re a five person startup, just try one once a quarter, build it into your schedule, don’t get overwhelmed by what it has to be, just test the waters,” she says.

2. Listen and learn before starting partnerships

As you do a few of these experiences, she recommends keeping an eye on how people are feeling about them both internally and at the non-profit.

In smaller teams, this can be determined by word of mouth but on larger teams, Apczynski suggests Survey Monkey.

“Determine if it felt right, is there someone who is willing to champion the relationship,” she says.

If an experience really resonates with a person on the team and they are keen to take their responsibility further, Apczynski recommends sitting down with the non-profit to find out what’s not working for them, what areas they dream of having more resources and if there are any projects they are struggling to get off the ground.

“At that point you can partner and say we’re going to build that out of you,” she says.

It can take years to build a strong partnership between a corporate and a non-profit, she says, and not every one works out.

“Try many things before you sit down for a partnership,” she says.

When San Francisco-headquartered Zendesk was first dabbling into CSR, Apczynski says they tried to help a neighbourhood with a food justice project because they didn’t have a proper grocery store.

But their efforts were ineffective and they lacked the right expertise to solve the issue.

“It fell to the wayside and no one was mad at us,” she says

“There are just certain volunteerships that don’t work for people.”

Having a few metrics around the impact of CSR projects on employees and non-profit clients will help you see the outcome of these efforts and determine what creates more value, Apczynski says.

Zendesk APAC VP of finance and operations Amy Foo initiated the partnership between Zendesk’s Melbourne office and Purple Lion, an organisation that runs quality education for children with autism.

After seeing how much impact it was creating on her staff and the children at the organisation, she grew it into a partnership.

Instead of a monetary investment, Foo sent out new employees to volunteer in their first week.

With the success of this, they started a more vested relationship where Zendesk funded iPads for the children, helped Purple Lion build a new centre and renovate its Geelong site.

They also continue to volunteer.

A constant reminder about the results is her deeply satisfied employees and the children impacted at Purple Lion, she says.

As part of the partnership, Zendesk Melbourne gives small job opportunities to children with autism going through the Purple Lion program.

The social impact on these teenagers is immense, she says.

“It doesn’t have to be about money,” she says.

“Volunteer and see how that grows.”

To learn more about how your business can make a difference, join StartupSmart at the upcoming launch of the ‘Starting Change’ podcast series.