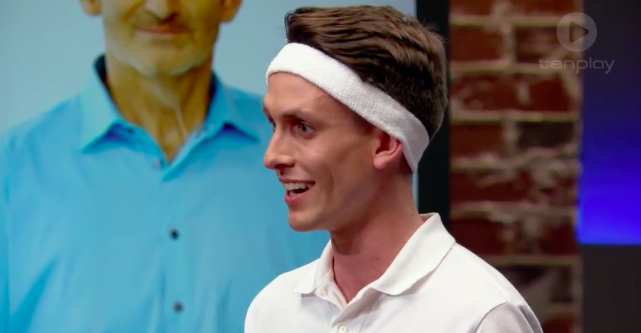 Last night on Shark Tank we saw Sam Begg from Hit With Me enter the arena to pitch his mobile app.

Sam was a nice and an enthusiastic young man but despite any amount of perfumed words the realities of what was wrong with his business weren’t about to change. I bowed out early for one fundamental reason: it’s a technology startup without a dedicated, in-house technology expertise to develop and enhance the product.

I’ve seen time and time again how this is a recipe for failure and disaster.

With no inherent tech skills in your founding team, your startup is broken at multiple levels and may not even be a startup.

These unfortunately are not my words but those of Steve Blank as he expresses dismay in discovering that a team working on a mobile app has no core tech skills.

I learnt my lesson the hard way well before reading Blank’s article.

It cost me, in relative terms, a lot less than it cost the entrepreneurs involved. I could never have put it as eloquently as Blank but it is no less true. In the same article, Blank says: “Coding is the DNA of a Web/Mobile Startup” – this is also true.

There are other examples as well, on fund raising and non-technical teams, the much-respected US seed accelerator Y Combinator’s FAQ states that: “your chances are about 10 times better if you find yourself a technical co-founder.”

Ten times better off – what would these guys know – they only deal with companies like Airbnb, Dropbox, Heroku, reddit, Stripe and Zenefits.

The key thing here is to recognise that your team requires the inherent tech skills.

I don’t mean everybody in your team should be technical, but if you’re a one-man band like Sam Begg then you’d better know what you are doing.

Facebook updates its website and app almost daily, sometimes more often. They do not do this for the pure love of coding but because they know they have to. Good value and timely reactions to customers are the only thing that is important.

User attention spans are too short these days to make people wait. The turnaround from outsourced resources, let alone the cost involved, can be measured in weeks if you are lucky.

Can you keep up to date with bugs, feature requests and the constant A/B style improving that modern digital products need if you do not have core skills in-house, preferably on the equity roster? Can you assess the work quality and value for money of outsourced resources if you are clueless as to what they are providing?

Tech businesses need tech skills. Yes, you can hire them in but for early-stage companies that should be demonstrating traction in the market to investors, do you really think this is the best use of our funds?

Damn it – that is just not fair

Welcome to the world. But it is also not the final word. Do what I did – go and buy a book and learn to code.

In my second business, www.php.net was my guide. Nowadays you can do an online course, get the freeware code, run it, change it, break it, recompile/rerun it, figure it out, join discussion forums, ask questions – don’t be lazy.

Show the world and maybe even your future investors that your team can deliver.

One of my best startups was a business built by two ex-bankers with no coding experience but the frame of mind to learn and get it going – and they did just that.

After demonstrating market traction with a basic minimum viable product they managed to attract an amazing tech co-founder. This shows that people can come from little or no tech skill and win, but refusing to try is refusing to play for success.

I like those who play for success. Don’t plan for failure.