Students get a chance to ‘test-drive’ cyber careers 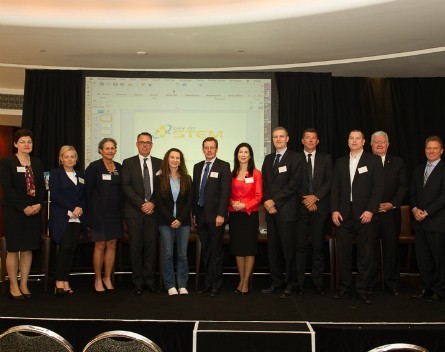 A program hoping to grow the number of young people aspiring to a career in STEM has launched in Australia with the aim of connecting high school and uni students with corporate mentors.

Day of STEM, a joint venture between Deloitte and US-based LifeJourney, is an online platform that allows students to “test-drive” different careers, completing virtual tasks similar to the real-life work of industry professionals.

“They can see what it’s like to be a cyber-fraud analyst at Westpac, or an architect at Cisco,” LifeJourney founder and CEO Rick Geritz says.

Other leading corporations to join the initiative include Telstra and Twitter.

Despite its name, DAY of STEM is actually a year-long program, and Geritz says it has the power to transform the way young people see their future.

“When we ask students ‘what do you want to be when you grow up?’ there’s still a common dialogue – doctor, lawyer, footy player,” he says.

“But when you ask them what a cyber-job is, there’s a lack of awareness.”

Geritz thinks parents must be made aware of these jobs too because they are the people with the biggest capacity to influence the next generation.

He says raising the profile of these career paths will increase the number of STEM graduates coming out of Australian and US universities and begin to address the world’s shortage of 400,000 cyber professionals.

According to Deloitte’s Australia’s Digital Pulse report, only 18% of the Australian workforce has STEM qualifications. The situation is much the same in Geritz’s native US.

He says Australia and the US could look to countries like Singapore, who are ranked as the world’s leader in STEM education, for guidance, with the Asian powerhouse systematically rewarding and supporting teachers, which in turn impacts the quality of STEM education.

He’s hoping teachers in Australia can connect their curriculum to students’ Day of STEM “journeys”.

“If you can equip an entire generation with the skills they need to think and create at an early stage, it’ll also spawn a generation of entrepreneurs,” he says.