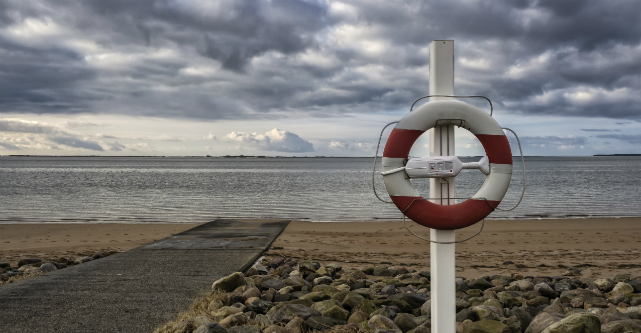 The idea for rapporr came from a life-threatening situation a pair of Sydney lifesavers faced regularly.

Entrepreneurs Peter Tippett and David Anstee continually found it difficult to communicate with their fellow volunteers, so they decided to come up with a better way.

“Rapporr came out of solving the life-threatening problem of communication in that environment,” Tippett tells StartupSmart.

As the duo began to develop and workshop the idea, they soon realised it could be applied to a much wider range of industries.

“Like Woolworths, 180,000 staff, basically everybody on the floor doesn’t have an email account so how do they all communicate?” Tippett says.

Rapporr is designed to help teams that work in mobile environments to solve problems through a structured, purpose-driven communication app alerting only those required to resolve an issue.

He says it provides a far more effective way of communicating than distracting emails or noisy chat forums.

During product testing they found that users actively respond to the app to fix work issues.

“The staff say when I get a rapporr message, I know I’ve actually been asked to be involved in solving the problem someone else is having,” Tippett says.

One of the most  useful  features of the app is with a single tap users can translate a message into any of 200 languages, Anstee says.

“We want to build a global app that can go into enterprise right down to an SME,” he says.

The startup was recently accepted into KPMG’s Elevate61 accelerator program which they plan to use to help with global expansion plans.

In terms of lessons across their startup journey, the seasoned entrepreneurs say it comes down to three core things: Planning for success, choosing investors wisely and adapting to change.

Planning for success and structuring a company for growth is the first fundamental step for startups, Tippett says.

“Because when it does get successful someone is always going to scream I got dotted out,” he says.

“Get the right lawyer, one that understands the risk and mentality of growing startups.”

Like a prenup to prevent a messy divorce, he says it’s vital to have proper shareholder agreements and corporate structure.

“Our investors that have come in have come in under the same share structure as us so there are no preference shares,” Tippett says.

Learning the hard way through launching a startup with tech giant  ipowow, Tippett says startups should approach investors like partners.

“Spend time getting to know them as people,” he says.

“You don’t want to become a transaction.”

And while it’s fundamental to work towards a vision, it’s also critical to constantly test and iterate user feedback, Anstee says.

Looking back at his own journey, he says challenges emerged when failing to test quickly and change course to make the venture work.

“If you pivot on that particular vision you can normally find some space to occupy successfully,”  Anstee says.