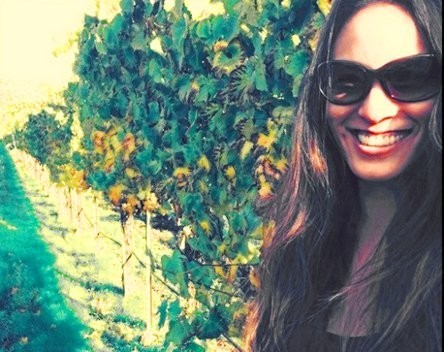 Susan Wu is a start-up veteran and investor who has worked with some of the best founders in the business. She IPOed her first company at 24 and advised companies including Twitter, Square and Medium.

Wu has recently moved from Silicon Valley to Melbourne to head up the Australian team for payment software Stripe and will be speaking at an upcoming Startup Grind event.

She spoke to StartupSmart about some of the most important things she’s learned about start-ups so far, including focusing a team and vision around first principles rather than products.

“I’ve found that the best companies I’ve ever been involved with were ones where the founders were committed to delivering genuine, lasting value (either in the form of happiness or improved quality of life) to their users above all else, and were committed to being patient in accomplishing this goal,” Wu says.

For example, Stripe is a payment software, but the team are focused on boosting the GDP of the internet. At the moment this is through providing a frictionless payment system, but the scope to grow beyond that is unlimited.

She says this approach has been shared by many of the founders she’s worked with, including Twitter’s Jack Dorsey and Evan Williams, Flickr and Etsy founder Caterina Fake, Elad Gill from Google, and Stripe co-founders Patrick and John Collison.

“When I reflect upon it, I think that what all of these people have in common is an unusual curiosity and drive towards understanding the world. Being a leader in our industry isn’t just about building products that generate billions of dollars of revenue, it’s also about illuminating new ways of thinking about products, users and communities that lead to entirely new ways of interacting or transacting online.”

Focusing too much on generating revenue to the detriment of getting the user experience or core value proposition product can create a weak foundation she cautions.

Having survived and thrived in start-ups for decades, Wu says getting the relationships right – whether it’s between co-founders, company and customers or product and users – is critical.

“The most frequently repeated thing I counsel is that founding a start-up with someone is like getting married. In many ways, it’s just as emotionally intense, you’re stuck together for at least five to seven years (if the company goes well), and you had better make sure to do the same amount of diligence in figuring out that you want to be ‘married’ to your co-founder as you do your real life partner.”

Comparing the local start-up ecosystem to Silicon Valley in 1996 and 1997, Wu adds there is great opportunity for Australia to build the community they want.

“We don’t need to inherit all of Silicon Valley’s shortcomings. We can choose which parts we want to adopt and which parts we want to evolve,” she says. “It’s still relatively early days and there remains a lot of work we need to do to strengthen the community, but there’s plenty of promising talent and growing momentum.”

Wu agrees with ongoing local commentary that one of the primary issues facing the sector is a lack of risk capital, adding investors here don’t look upon past start-up failure as a positive signal as many investors do in Silicon Valley.

As an investor, team is the most important factor for Wu, who then looks at scope and slant or vision, and ability to execute.

“Though I’ve never articulated it as such before, there’s a simple litmus test: Am I learning something by talking to this founder? Are they saying something insightful that helps me see the world in a new way? Are they saying things that force me to question some of my basic assumptions?” she says.

Wu adds Australia has also reached the right time to make sure the community is doing everything possible to encourage female founders and engineers.