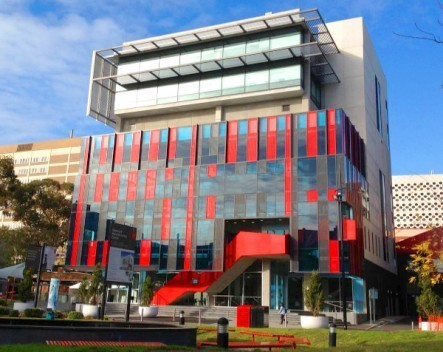 Students from Swinburne University will represent Australia at the Microsoft Imagine Cup world finals, following in the footsteps of an Australian team which took out the top prize last year.

Opaque Multimedia, a team of four Melbourne students looking to create better health outcomes for people living with dementia, won the Asia Pacific qualifying round and will soon set off to Seattle where they will battle it out for the chance to snap up a spot in a Microsoft Venture incubator.

The team has developed a virtual reality platform to replicate what it is like to have dementia, thereby teaching people to be empathetic with those living with the condition.

More than 300,000 people are living with dementia in Australia alone, with around 56 million living with the disease worldwide.

Opaque Multimedia team member James Bonner told StartupSmart it was exciting to win the regional qualifying round but the US would be an even tougher challenge.

“We’ve been invited to go from one level of competition to something that’s on a completely different level with some of the best teams around the world. Even if we don’t win there’s going to be a great selection of people from a huge variety of backgrounds and projects to mingle with.”

Bonner says the idea for the VR platform came from a discussion with Maree McCabe, the chief executive officer at Alzheimer’s Australia Victoria.

“We were having a chat to her at a conference and she was talking to us about games as education,” he says.

“And we were saying games are the best educators in the world because they’ve got 15 minutes to introduce and teach to an audience… so we took that and the skills we had as game designers and tech people and developed this product.”

Virtual Reality technology has a wide range of practical uses

Virtual reality technology may seem like an abstract concept to the everyday person, according to Bonner, but his team is showing it actually has a range of practical uses ranging from health to training people for high-risk situations.

“The key advantage is the level of emergence,” he says.

“So the ability to transport you into the situation of other people is a fantastic tool for empathy – everything from medical education to career education… The average person will never experience what it’s like to be an astronaut, but with virtual reality they can.”

The 2015 Microsoft Imagine Cup will be held in Seattle in mid-July.