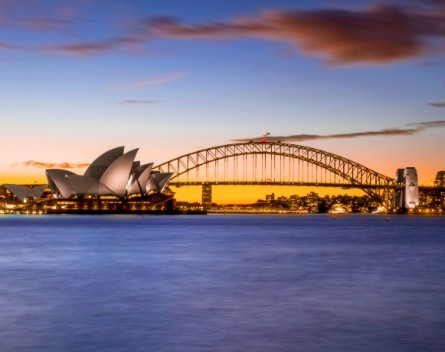 A huge coal-fired power station that’s been inactive for more than 30 years will become the centrepiece of a new “world-class” tech hub in Sydney under the state government’s plans to revitalise the Bay Precinct.

NSW Premier Mike Baird announced the transformation of the 95 hectare area into a “global centre for high tech jobs and innovation” during the Bradfield Oration on Wednesday night.

The scheme would see the site used to potentially house a global tech powerhouse like Google, universities facilities, or act as a hub for numerous local startups.

“It will be a place where global giants of technology and innovation cluster and connect with startup entrepreneurs, business incubators and accelerators,” Baird said.

“This commitment to technology and innovation sends a global signal that Sydney is a place for investment, a place for startups, a place that is geared towards the future.”

The state government will now be accepting proposals for the redevelopment until February next year, with construction expected to begin in 2017.

The government’s proposal is in line with what a group of high-profile Sydney-based investors and entrepreneurs have been lobbying for, led by PureProfile CEO Paul Chan.

The group submitted a proposal to the government saying the Bay Precinct area is one of the most “devastatingly underused areas of land in the world” and pushed for the restoration of landmark buildings for the use of the tech startup community.

“Seeing the NSW government taking the idea of a ‘Silicon Harbour’ for the Bay Precinct area seriously is a great step for Australia and its tech community,” Chan says.

“It is a bold move such as this that we need to keep top entrepreneurial talent working locally.”

Having a central location for the Sydney tech community revolving around the White Bay Power Station would be greatly beneficial for the state and country, Fishburners general manager Murray Hurps says.

“People underestimate the value in having a central location for startup activity,” Hurps says.

“A central, large location can really become a lightning rod for activity and hopefully this development can provide enough space for that to happen.”

One of the ideas flagged by the state government was using the old coal station as the local headquarters for a global tech giant like Google, which has already signalled its interest in the site.

Bringing a large multinational player to Sydney would be a good use of this government-owned space, BlueChilli founder Sebastien Eckersley-Maslin says.

“If you want to be a tech hub then you need to have the tech companies,” Eckersley-Maslin says.

“Having a global tech company there would mean a lot of people would be employed in tech and it’d drag the recruitment of STEM students and give them a place to work. Ultimately people will then leave and start their own startups.”

But independent Sydney MP Alex Greenwich says the focus should be on looking after local startups rather than bringing in international powerhouses.

“My overriding concern is it sounds like the politicians are falling into the trap of using tech buzzwords to make it sound like they understand the startup sector when what they’re talking about is a global tech firm being based in Sydney,” Greenwich says.

“That’s great but I’d prefer Sydney startups were given the priority over these multinationals.

“I don’t want to see a place with large multinationals where startups are priced out of the market and can’t live or work in the area. We need to have an approach that helps Australian companies grow.”

Eckersley-Maslin says an international tech company would create jobs and eventually lead to more startups being created, benefiting the ecosystem as a whole.

“Far too many people get upset when Google set up an R and D centre here, but that’s hiring a thousand really highly qualified engineers here that are all paying tax,” he says.

“That’s what we need to be encouraging.

Hurps says the availability of affordable rent for startups is a primary concern in Sydney, and this new Bay Precinct could provide the solution.

“Fishburners has been trying for the last 12 months to find more space in Ultimo, and failing,” he says.

“We have 176 startups in our building currently, and the only thing stopping us from doubling this number over the next six months is the availability of space. I can’t overstate how critical a problem this is for Fishburners and how much progress in the ecosystem is being limited by simple real estate availability.

“They’ve recognised that space availability is a major factor to progress currently, and it wouldn’t be too hard to make this a logical choice for organisations to move to.”

Trying to create a specific area for these businesses is a process fraught with danger, Eckersley-Maslin says.

“Tech hubs around the world have traditionally existed because the rent has been cheap, and that’s brought everyone together,” he says.

“Sydney is already fragmented. Adding another one in Rozelle is adding to more fragmentation.”

Greenwich agrees that ensuring the rent in this new tech hub is affordable for young companies should be a top priority.

“We need to make sure there is an element of affordable accommodation there as well,” he says.

“People when they’re starting out a tech business don’t necessarily have a lot of money and they want to live close to work, but that’s becoming increasingly hard.”

A focused tech community has become a big talking point in NSW recently, with the debate surrounding the selling of the Australian Technology Park. The Atlassian co-founders recently threw their hats into the ring and offered to buy the space to ensure it remains a tech hub.

Eckersley-Maslin says these new Bay Precinct plans could be a way to compensate for the sale of the ATP.

“This could be the government sweetening it to make it easier to sell the ATP,” he says.

“It sounds great, but we already do have a tech hub in the ATP.

“The government has heard loud and clear that there’s unhappiness around the selling off of the ATP, and this might be a way of saying, ‘we’re selling this off, but look what we’re doing here’.

“That’s great if they’re actually going to do it.”

Eckersley-Maslin says a history of government not living up to their tech promises has meant he isn’t getting his hopes up just yet.

“It’s way too early to get excited. Governments have announced fantastic tech hubs before in the past and it hasn’t happened,” he says.

“I’m not holding my breath.”