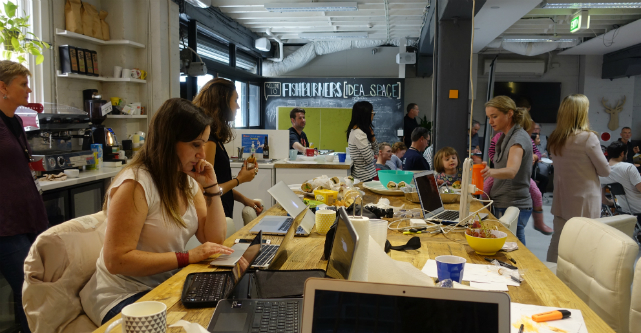 Members of the Sydney tech and startup communities have come together to come up with new and innovative ways to help those dealing with chronic pain.

Run by Chronic Pain Australia, the hackathon took place over the weekend and saw more than 60 people get involved, forming six different teams.

About 30 of the participants were developers, with the rest consistently mainly of sufferers of chronic pain, who offered the hackers a unique inside view into what they experience on a daily basis.

The hackathon offered $6000 in prizes, and was judged by startup advocates such as Pete Cooper and Chris Howard.

Startup advisor Anne-Marie Elias designed and ran the competition, which she labels a “social design” hackathon.

“I’ve worked in government for 30 years, and in that time I realised what we were doing was not making solutions,” Elias tells StartupSmart.

“I fell into hacking two years ago because these people know how to get shit done in the social change space.”

Along with “chief disrupter”, Elias’ titles include “collaborative alchemist”, which she says is what goes on at her hackathons.

“Startups and tech people don’t have a vested interest in achieving a forced outcome like government does,” she says.

“When you get all these unrelated and inspired people together in a room, magic happens.”

Elias says the magic wouldn’t have been possible if not for some of the hackathon’s mentors, which included chronic pain sufferers.

These mentors offered advice and points of view from the perspective of someone living with chronic pain, something Elias says was essential.

“When you have an end-user contributing to design the whole way through, you get fantastic results,” she says.

“We’re building social capital around these people living in pain, the feedback we got was great.

“It was the first time outside of the medical world who are actually interested in their condition and treated them as people.”

The winning team consisted of two developers and two sufferers of chronic pain, who liked the idea so much they joined the team.

The team developed an app called Pain Cools, which is a goal-setting app for sufferers of chronic pain.

Pain Cools provides a peer-to-peer platform for chronic pain sufferers to connect with each other, set goals, and receive rewards.

The creators believe “setting an ambitious yet achievable goal is a good way of distracting from the pain and regaining control”.

Elias says the Pain Cools creators are looking to make their winning idea a reality, and Chronic Pain Australia will help with that.

“We set up the winners to pitch again at CPA in July, and we’re going to stack the audience with startup advocates and medical experts,” Elias says.

The rest of the teams will also be encouraged by CPA to keep building on their concepts, as Elias said they “all fantastic ideas”.

“We’re setting up a brains trust for our hackers to talk to about their concepts and build on their ideas,” Elias says.

“In a few months we’ll bring them in front of some investors and VCs, but we need to give them time to develop their ideas.”

Looking to the future, Elias says she wants to keep hacking for social change.

“I’m looking at doing ones for domestic violence and homelessness,” she says.

“The government is throwing money at these issues, but things keep getting worse.”