Target the big boys and give your product away: South Park-inspired tips for startups from Larry Lieberman 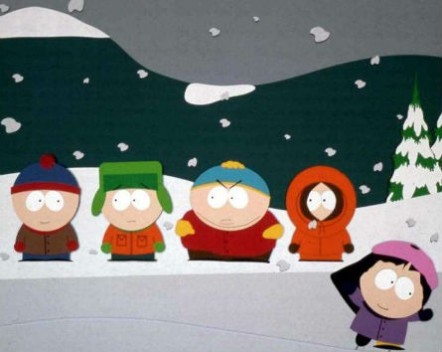 Before venturing into the startup world, Lieberman was the vice president of strategic planning and business development at Comedy Central in the 90s, and was instrumental in the creation of The Daily Show and South Park.

Speaking at the Lean15 conference in Wellington, Lieberman regularly references the animated show while imparting his wealth of knowledge to the startup community.

Lieberman has worked with the likes of Facebook, Zynga and Pandora on large-scale social media campaigns, was CMO of Richard Branson’s Virgin Comics and Virgin Animation, SocialVibe and ooVoo and is currently COO of Dynamite Labs in New York.

He spoke about how to get the most out of an accelerator program, why you shouldn’t sell to small businesses, and the virtues of just giving your product away.

Failure shouldn’t be seen as the worst-case scenario, he says, and should be approached as more of an investment akin to education.

“The reality is that 99% of all new business will fail, it’s just life. I promise you I have failed miserably, and I have lost lots and lots of money,” Lieberman says.

“I call it tuition. Failure is just like going to university, it takes time and costs you money.

“We were all happy to go to university, we should be happy to fail.”

Lieberman says it’s important for startups, especially those selling to enterprise, to first focus on influential buyers, rather than the small business next door.

“It’s just as easy to sell to an influential customer as it is to sell to a lame mum and pop small business,” he says.

“You all need customers that will earn you the respect of other customers, investors and the community. There is a standardisation of the sales process in big companies, they do have a process.

“Small and medium businesses are hindered by procrastination and fear. The money they spend is theirs.

Give away your product

For B2B startups, Lieberman says that the far and away best way to get an in with these large, influential companies is to give away free trials.

“If you are selling products to businesses, start by giving it away,” he says.

“It’s very hard for a new business to buy a new product or service from a brand new company. Let them try it for nothing, with a beginning, middle, and end.

“If you give someone a test and it works, they’ll come back – it’s all on you. If it doesn’t work, your product might suck.

“If you can get 30% to be paying customers, that’s a big deal. This is how you grow a B2B startup.

“But it’s a horrible thing to do for consumers and for small companies because they’ll just hop from offer to offer.”

“Small or medium businesses have cash flow dependence and you might be cut off because they spend their money on beer or something.”

You have to have skin in the game

Lieberman says that looking for investments is very difficult unless the founders themselves have also invested in the company.

“There’s no way you can even go to your friends and ask for money if you haven’t actually put in.

“You can say, ‘I put ten grand in, c’mon you can match that’. That’s a really powerful message.”

He also adds that this is the best method of gaining useful advice.

In running a startup accelerator, Lieberman says he laments how often the founders don’t test their pitch on investors before actually presenting.

“The worst thing a startup can do is say there are ten investors, and work out to speak to five of them today and five tomorrow. It’s too late to change it if it’s wrong.”

An exit shouldn’t be the end-game

Getting a successful exit is part of the process of operating an effective company, rather than the main goal, Lieberman says.

“We help people start an operating company that will succeed and is able to stand on its own,” he says.

“Only a handful of our companies have been sold. You need to work out how to become a business.”

Instead of three possible outcomes for a new startup: failure, operation and exit, there should be two: failure and operating, with exit becoming intertwined with just running a startup.

“Don’t set out to become a unicorn. The only way to create a unicorn is for God to come down and kiss you on the forehead.”