Taskmaster versus the futurologists 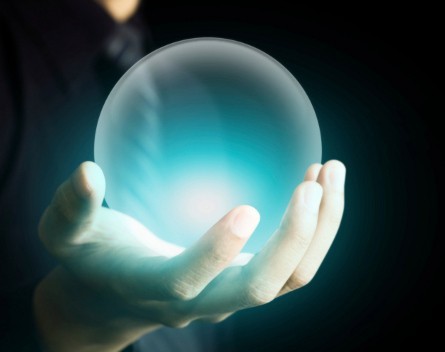 From time to time, when journalists are doing a story on technology or science – be it in print, on TV or on the radio – they’ll wheel out a futurologist.

One moment, Old Taskmaster is relaxing in a recliner watching a program about a great new scientific innovation. The next moment, the story has been interrupted by Doctor Reid Tarot or Professor Claire Voyant from the University of Wherever, talking about how in five years these new fan-dangled contraptions will be everywhere – with neural networks to boot!

These futurologists claim to know exactly where tech is heading. The more out-there and crazy the ideas, the better.

Sort of like how in the 1950s the futurologists said everyone would own a flying car powered by a safe, clean, powerful portable nuclear generator.

There’s just a small problem with many of those making these zany predictions. Most don’t put their money where their mouth is.

If you have that most rare of skills – accurately being able to predict the future – why not make some cash off it? Why not put the accuracy of your predictions to the test?

Now obviously, your humble correspondent doesn’t want to tar every futurologist with the same brush. Some both study the discipline and put it to practical use in industry.

But if you’re reading this, and that’s not you, get cracking on your next start-up! Don’t just predict the future, sell it to a venture capitalist! Because if you’re predictions are accurate, why not be the one who profits as a result?

Get it done – in the future!