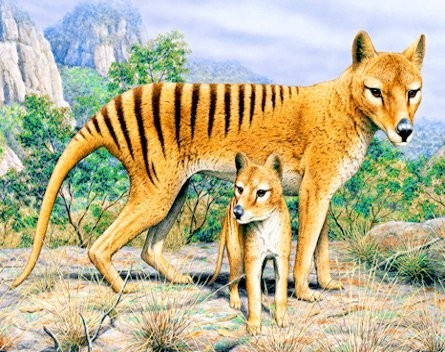 Tasmania’s startup ecosystem is starting to attract the attention of mainland accelerator programs.

In the past month the island state has been visited by the Telstra-backed Muru-D accelerator program, and BlueChilli founder and chief executive officer Sebastien Eckersley-Maslin.

Muru-D held two events, one in Launceston and one in Hobart, as part of its search for its next batch of startups, while Eckersley-Maslin was in Hobart speaking at the Tasmanian ICT Conference.

While it might not seem like much to those in Melbourne or Sydney, it’s an important step for a state that wants to become competitive with other regional startup hubs, as Startup Tasmania’s James Riggall explains.

“Tasmania itself is still getting started for sure, there’s not much of an established startup ecosystem here,” he says.

“Instead there are a number of groups working towards trying to make Tasmania competitive as a regional startup ecosystem. It’s really exciting for us to have BlueChilli’s Seb Eckersley-Maslin and Muru-D in the state within two weeks of each other. It’s a really important step to help build awareness.

“The vision is to make Tasmania a place where accelerators are interested in recruiting, and in the long term to have our own home-grown accelerator programs.”

Both of Muru-D’s events in the state where well attended, Riggall says, with roughly 50 entrepreneurs taking part.

They provided a glimpse of the sort of startups that could call Tasmania home.

“There’s a small number of startups around and we’re already starting to see some niches developing,” he says.

“Looking at the people coming along to the Muru-D event and pitching on the night, there were some startups in the agricultural sector and there’s also a little bit of boutique electronics manufacturing.”

Muru-D co-founder Annie Parker, who was in Tasmania representing Muru-D, says there’s a real opportunity for Tasmanian startups to be taking on the agricultural and creative arts spaces.

“That’s something that Tassie specialises in really well, and will give them a fighting chance to stay in Tasmania to build it,” she says.

“If you’re a B2B (business-to-business) or a straight to consumer product it’s going to be difficult to build that critical mass, that wealth of customers or small-to-medium businesses.

“If I was in the agricultural tech space, or creative arts, I would find Tassie a fantastic space, with relatively low cost access to potential customers.”

The Tasmanian state government has pledged funding for a “go-to-market incubator” to support Tasmanian startups to commercialise their technology. However, what exactly that incubator might entail is still unknown.

“The government is doing what it can for startups, but there really needs to be the community groundswell, the energy needs to come from the community,” Riggall says.