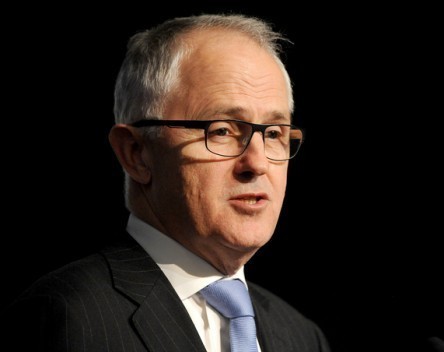 The former communications minister resigned from cabinet and called for a leadership ballot against Tony Abbott on Monday afternoon, which he won by 54 votes to 44.

In his victory speech, Turnbull excited many in the startup community by focusing on the importance of technology in the Australian economy, and utilising many startup buzzwords.

“The Australia of the future has to be a nation that is agile, that is innovative, that is creative. We can’t be defensive, we can’t future-proof ourselves,” Turnbull said.

“We have to recognise that the disruption that we see driven by technology, the volatility in change is our friend if we are agile and smart enough to take advantage of it.”

The Australian startup community has reacted with almost unanimous excitement to Turnbull’s appointment to top job, with many excited that a former communications minister and tech enthusiast is now prime minister.

“We need the support of the federal government to lead a unified, centralised approach to building this ecosystem,” Bradd says.

“We believe Mr Turnbull has the vision and conviction to do this effectively and we very much look forward to working with the prime minister and his cabinet to ‘seize the day’ in support of Australia’s many startups.”

Labor MP Ed Husic, who works closely with the startup community, says he congratulates Turnbull on reaching the top job, and hopes he’ll be open to cross-party collaboration.

“We think both sides of politics should be working furiously to advance that agenda and if prime minister Turnbull is open to working with us, we’d welcome it,” Husic says. “Our side of politics has been listening to Australia’s startup community and its supporters for the last 18 months.”

“We know innovation is the key to super-charging the economy and startups stand at the forefront of that.  Australia has talent and great ideas but we’re lagging behind our competition and we’ve lost a lot of time in this innovation ‘brains race’.”

“It would’ve made the year”

Independent NSW MP Alex Greenwich, a vocal support of innovation and startups, says he hopes Turnbull will be able to work across party lines in order to “future-proof our economy”.

“It’s extremely encouraging that we now have a PM that both understands and respects the startup sector,” Greenwich tells StartupSmart.

“It would’ve made the year for a number of people that the new prime minister spoke about disruption in his very first speech.

“In today’s digital world having a former communications minister take the top job will bring a much needed stronger focus on innovation, technology and digital education and skills,” ACS CEO Andrew Johnson says.

“Building digital skills is critical if Australia is to secure its economic future, and Malcolm Turnbull has strong credentials in the technology space.”

Attention now turns to what exactly Turnbull can do to assist the Australian startup ecosystem in growing in the future.

Greenwich says there are some “really key things” that the new PM can look to do.

“The challenge will now be delivering on the expectations that the sector has, and what can be done moving forward quickly with crowdfunding regulations, getting visas to bring entrepreneurs and people with really strong digital skills and reforming the Australian education sector,” he says.

“Of all the politicians in our federal parliament Mr Turnbull knows better than most the value of an effective broadband service to our economic future,” Patton says.

“This is his opportunity to put Australia back in the game by fast-tracking broadband construction. The internet is the engine that will drive innovation and create much needed 21st century jobs.”

In his victory speech, Turnbull finished with another nod to the technologies of the future.

“We will ensure that all Australians understand that their government recognises the opportunities of the future and is putting in place the policies and the plans to enable them to take advantage of it,” Turnbull said.