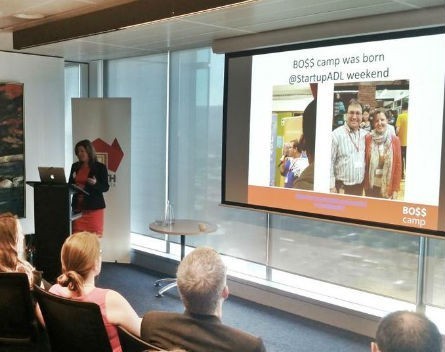 An Adelaide-based program for budding entrepreneurs aged between 14 and 18 years old is launching nationally with the hope of giving young people around Australia the opportunity to embrace entrepreneurship as a viable career path.

BO$$ Camp was conceived at Startup Weekend Adelaide and aims to bring together young people, schools, teachers and entrepreneurs in order to foster innovation.

The debut two-day program was held at the Australian Science and Maths School in October last year with more than 100 people in attendance.

Wendy Perry from BO$$ Camp told StartupSmart the program is a necessary starting point if entrepreneurship is to help tackle youth unemployment.

“In some regions in South Australia we have youth unemployment rates of up to 20%,” she says.

“We have one in five university students drop out in their first year and if you look at the predictions for youth unemployment, it is set to soar in 2016. We need more young people to consider entrepreneurship as a potential pathway – not only to be employees but employers.”

Perry says the program is about collaboration and transferring knowledge between current and future entrepreneurs.

“We wanted to encourage young people to hear from other entrepreneurs – just a few years ahead of them perhaps – to hear their message and get some inspiration and motivation,” she says.

“We also through it was really important for people to get some experience, to go down this path to ‘try before you buy’.”

“Traditional industries are under real pressure – the closure of Holden is a dark cloud over the state,” he says.

“You begin to realise people developing new businesses focused on the future are the future of Adelaide and South Australia.”

BO$$ Camp 2015 will be held in Adelaide from 16-17 April as part of National Youth Week. The program will also be held in other capital cities across Australia later in the year, with specific dates yet to be finalised.