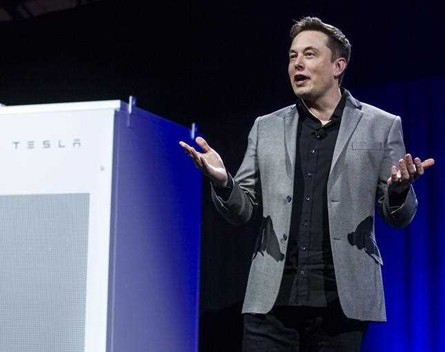 Australia will be the first country to get its hands on the Tesla Powerwall, a “home battery” which could revolutionise how the average household consumes energy.

As Business Insider reports, Tesla announced that the Powerwall 7kWh household units will be fast-tracked in Australia, and will be up for sale before the end of the year, much earlier than previously expected.

The Powerwall is a lithium-ion battery system which can store excess energy generated by solar panels which would previously be sold to the electricity grid.

Most houses use more electricity in the morning and at night for obvious reasons, and now the Powerwall will be able to store the energy produced by solar panels during the off-peak periods during the day, and then use it later at night when it’s needed.

It basically allows for solar energy to be available exactly when it’s needed instead of having to buy it back from the grid, helping with the supply and demand equation in renewable energy.

Australia is often the test-market for products like this, and it seems a good fit, with the nation’s high energy costs, abundance of sun and increase focus on solar energy.

“In Australia, the price you are paid for the excess solar power your home generates is lower than the price you pay for electricity from the grid,” a statement from Tesla says.

“Given this rate structure, it is more cost effective to consume your solar power than to sell it back to the utility. By storing your home’s surplus power and using it when you would otherwise need to pull from the grid, Powerwall minimises your net spending.”

Tesla says the rechargeable wall-mounted battery will sold by local suppliers in Australia.

“Powerwall be available in Australia in late 2015 through a growing list of Tesla Energy partners,” it says.

“The Australia Tesla Energy partners, in the coming weeks, will announce their unique Powerwall offerings to Australian customers.”

These local suppliers will be determining the exact cost of the product, but for comparisons sake, it’ll be costing $US3000 in the US, so that’s about $4,173 over here.

Tesla CEO Elon Musk announced the Powerwall back in May, saying it can help cut dependency on the grid, and perhaps assist with severing ties with it entirely one day.

“Our goal is to fundamentally change the way the world uses energy,” Musk said.

“It sounds crazy, but we want to change the entire energy infrastructure of the world to zero carbon.”