That Startup Show: more than just a webisode 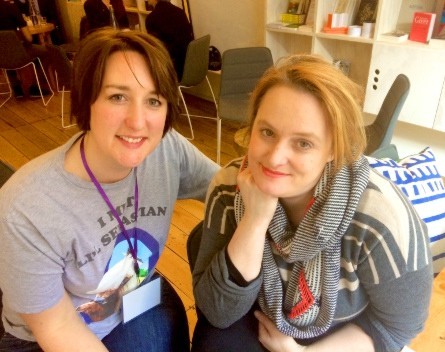 Since the launch of the first episode of That Startup Show, the webisode has been viewed close to 3500 times by audiences as far afield as Portugal, Ireland, Scotland, Sweden, Germany, France, America, Canada, Zimbabwe and Singapore.

When executive producer Anna Reeves first conceived the idea, she suspected it could resonate with viewers, but both her and fellow executive producers Sally Gatenby and Ahmed Salama have been blown away by the positive reaction to the show and its format.

“Everyone has loved the comedy element,” Gatenby says. “It’s an industry that can take itself a little seriously, so poking a bit of fun at it has worked well.”

Not content to sit on their laurels, and on the eve of the recording of their second show, Gatenby and Reeves told StartupSmart they want to take advantage of being an online series and build it out as a “platform” based around a community.

“We want to build a culture around the show and follow the companies that come and pitch, with updates about where they’re at,” Reeves says.

“We plan on building a new website, with blog and content that is a repository of information that our community can interact with. You can’t do that with TV.”

While the show is online only for the meantime, Gatenby and Reeves are open to exploring TV options, though they say there are many advantages to being web-based including creative freedom. They are also motivated to find new and sustainable models around a TV-style show that is not dependent on networks.

“The traditional model has been that networks pay for content, while we’ve opted for a sponsorship model,” Reeves says.

So far, they’ve managed to cover all their costs through sponsors and community support, although they haven’t paid themselves.

They’ve kept costs down by working with trainee film and TV students the JMC Academy, who are getting to work alongside paid industry veterans and gain hands-on production experience.

The bigger vision, though, is to take the idea overseas and possibly franchise it so that local communities can also celebrate their startups in the “startup show” vein, which Gatenby is quick to point out is not “Gruen Transfer for geeks”, but more a late style TV show format, “think Jimmy Fallon”. There’s even the possibility that series two will go on tour.

“Though,” says Reeves, “the first thing we need to do is finish this series.”

With that, Reeves and Gatenby excuse themselves to go through the run sheet and rehearsals for the night’s show.

While it might sound like they’ve got some big plans, if there’s one thing That Startup Show team appears to have proved to their audiences, it’s that they can pull things off.