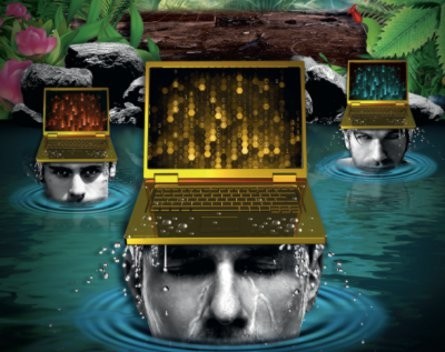 The Economist magazine has published a 16-page report on the international tech start-up movement, identifying flows of capital, the darker side of entrepreneurship and key organisations including Australian accelerator Startmate.

As Australian start-ups grow and begin to consolidate into networks often referred to as ecosystems, the report offers some interesting insights into differing working definitions for these economic clusters.

“These days the emphasis is less on ‘eco’ than on ‘system’. For some experts such as Daniel Isenberg of Babson College, entrepreneurial ecosystems are made of ‘domains’, including markets, policy, and culture. Others describe them as collections of actors that play certain roles, such as providing talent, finance and infrastructure. Yet others talk about them as a set of ‘resources’ entrepreneurs can draw on,” says the report.

The focus on entrepreneurs also includes a section that explores the lifestyle and emotional challenges for tech start-up founders.

“But on the whole the start-up world, even more than other forms of business, leaves little room for life beyond work. That may be one reason why only about 10% of founders are women, according to Compass, a start-up research outfit. It does not help that there are hardly any female role models, and that many schools do not encourage girls to take an interest in computing.”

Beyond the networks and individual pressures facing the burgeoning tech start-up community, the report also covers capital, which is often essential to high-growth tech start-ups.

Start-up investment reached an all-time high in 2011 and 2012, with almost $US14 billion in angel and venture capital investments in both early and late stage rounds. Funding dipped in 2013, to just under $US12 billion.

The report also revealed the total follow-on funding for alumni from top accelerators.

The leading accelerator based on graduates and investment total was Y Combinator with 566 graduating companies and $US1.642 billion.

Sydney-based Startmate also made the list, with 21 graduating companies and under $US10 million invested.

Interestingly, US-based AngelPad raised the third highest amount with more than $US90 million invested despite having only 73 graduating companies compared to the fourth and fifth ranking accelerators, 500startups (153 companies and just over $US80million) and Europe-based SeedCamp (110 companies and over $US60 million).

The full report can be downloaded and read here.