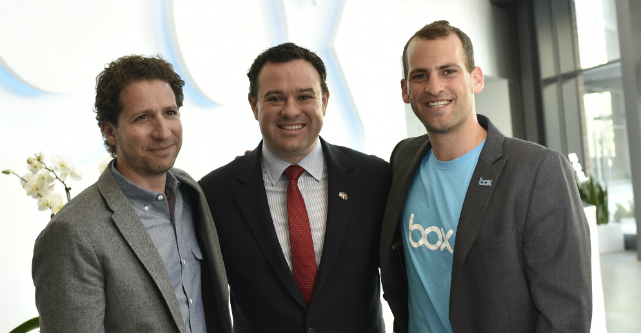 Australian startups are now on the radar of large US investors but the local VC sector needs to be improved in order for them to be competitive internationally, NSW minister for trade, tourism and major events Stuart Ayres says.

Ayres recently took part in an Australian trade mission to the US, visiting startup hotspots including Silicon Valley, and says it was pleasing to see so many Aussies making a name for themselves internationally.

“There is an amazing amount of activity happening in the US and it was fantastic to see lots of Australians engaged in the startup ecosystems that are evolving in places like San Francisco and New York,” Ayres tells StartupSmart.

He says there a number of key lessons and advice he will be taking back to the NSW government on how to foster a local startup ecosystem and encourage entrepreneurs to stay on Australian shores.

1. The Australian investment sector still has a long way to go

Despite positive developments recently, Ayres says seeing the scope of the VC sector in the US demonstrated how far Australia still has to go.

“Even though there has been some very good wins in the last 18 months to two years, with new VC funds and more focus on investment markets, it’s still relatively immature and adverse to risk when it comes to supporting startups,” he says.

“We need to develop a model that allows for valuations of businesses that are still largely pre-launch.”

2. The local ecosystem has to play to its own strengths

If the Australian tech community zeroes in on its own strengths he says it can attract large startups from the US to establish a presence locally.

“Software engineers are incredibly expensive on the west coast of the US,” Ayres says.

“Sydney could well be a fantastic home for the back of house software side of the business, with the market-facing side still in the US.

“That’s a model we want to pitch a little harder out into the community.”

3. The big super funds need to get involved

Ayres says that a key to the success of the ecosystems he visited in the US was that large private sector capital pools were readily available for early-stage companies, something that is largely yet to happen in Australia.

“We’re talking to huge funds about how they might play a greater role in giving funding to early-stage companies or people that have developed an idea but still haven’t gotten over that hump of generating revenue,” he says.

“That’s where our investment risk profile is missing for startups.”

This is an area where Australia must improve in order to retain talent and prevent the “Silicon Valley mafia” from increasing in size, Ayres says.

“Almost all the founders over there said the reason they moved was to access capital or get to get into a larger market,” he says.

“We need to make capital more readily available. If we allow startups to access that capital here then there’s a greater chance of holding some of them.”

Another thing that stood out to Ayres about the thriving startup communities in the US was a complete willingness to collaborate across markets and industries.

“We have to not be afraid of collaborating with other markets,” he says.

“Don’t be afraid to collaborate with other investors that might be based in New York or Singapore. There’s a capacity for partnerships to really drive fresh outcomes.

5. Australian startups are on the radar of US investors

From discussions with US-based angels and VC firms, Ayres says it’s clear that the Australian startup ecosystem is beginning to make a name for itself on the global stage.

“There’s a lot of desire there to know more about Australia and what’s happening here,” he says.

“I’m hearing a lot of positive news. There’s a real thirst for information and an appetite to understand the Australian ecosystem.”