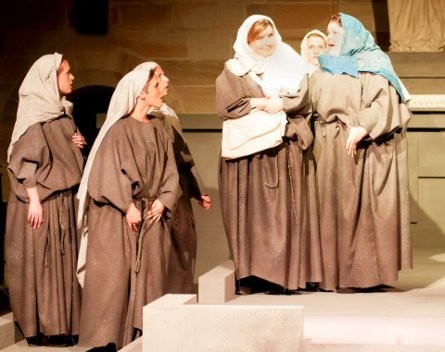 The Harbour City Opera company is ready to disrupt the opera industry by putting on the classics with contemporary twists to attract new audiences.

Opera singer and founder Sarah Ann Walker told StartupSmart she decided to launch her start-up when she was struck by the absurdity of declining opera audiences despite the surplus of talent in Australia.

“There had been some decline in interest from the mainstream and the younger generation,” Walker says, adding the opportunities for emerging opera talent are shrinking as the already competitive industry contracts.

Walker sees her company as a much-needed infusion of new talent and audience members. Harbour City Opera’s first staged production, Mozart & Wagner Make a Scene, was held at NIDA Parade Theatres for an audience of over 300.

“We don’t want to lose the traditionalists but we want to attract new fans to opera. We believe our business model caters to both. We have performances that maintain those important traditional characteristics but we have modernised the opera experience to attract new followers,” Walker says.

The company went on to host the Puccini opera Suor Angelica in Paddington for over 300 guests, and will perform the show again in 2014.

Opera is an expensive and tight-knit industry, and Walker has been self-funding the company’s launch so far.

“There are the established, high profile opera companies in Australia that tend to get the lion’s share of whatever exposure is on offer,” Walker says. “I guess every new business venture is scary in its own way. And like any business, we need to find our consumers and establish whether there is demand for our product.”

Walker says the current transitional phase of opera means there is a smaller paying customer base to tap into, but it’s only strengthened her resolve to reach a new audience.

“We need to raise this awareness that opera isn’t dying, it’s merely just an inaccurate stereotype,” Walker says, adding there is always room for innovative entrepreneurs and opera needs a shake-up to genuinely appeal to new markets.

“I would love to see that this small company has grown to a place where it is a solid alternative to other major opera companies. It is obvious that we don’t have the same funding as other established companies, but I believe that there is definitely room for this alternative; a different approach that still showcases best in operatic singing and production values,” Walker says.